POLL: Who impressed you most at SMP?

POLL: Who impressed you most at SMP? 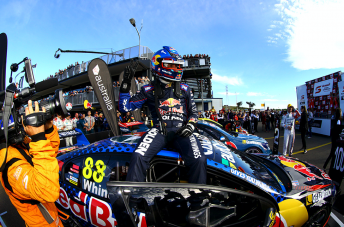 Cast your vote on the star performer from the Red Rooster Sydney Super Sprint in this week’s Pirtek Poll.

Read through our shortlist of contenders before selecting your star performer.

Was the hero of the weekend after adding the 100 race win marker to his stellar list of career achievements.

Didn’t make the front-row either day but had the fastest car in the two races, finishing a close second on Saturday after throwing everything at team-mate Van Gisbergen in the dying laps. Appeared to benefit from Prodrive’s pre-event test and was head and shoulders above his team-mates all weekend.

Pole for both races brought his season tally to five, but could manage just fourth and third in the two races as tyre life again proved a struggle.

Let down by poor qualifying on Saturday before making a brilliant start and ultimately coming within a whisker of taking the win on Sunday.

Delivered a well-timed podium to the Holden Racing Team on Saturday in a promising showing at a circuit where the Clayton Commodores were expected to struggle.

Never a factor on Sunday, however, finishing eighth after a lacklustre 12th placed qualifying performance. 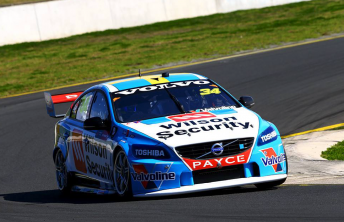 Finally appeared to turn around a tough season by qualifying sixth and battling for fourth in the closing stages of Sunday’s race.

Misjudged an attempted pass on Van Gisbergen at Turn 8, but quickly redressed his error and appeared rightfully aggrieved at the subsequent drive-through penalty.

Was at his brilliant best on Saturday, carving to the lead in the opening corners before masterfully holding off his faster team-mate in the dying laps.

Like Ipswich however he again went backwards on Sunday, finishing fifth after failing to recover from a poor start.