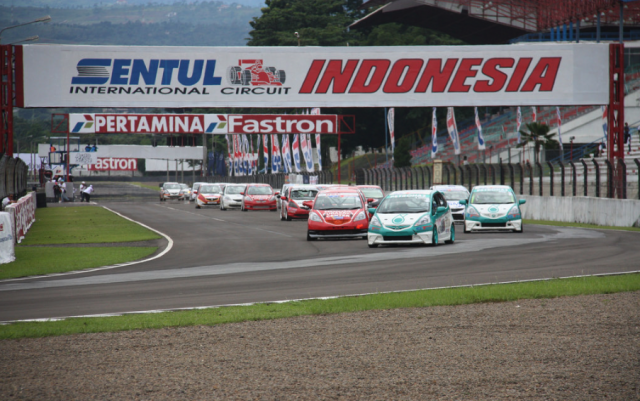 Australia’s Supercars Championship is preparing for two sojourns to Asia next season following deals with promoters in Indonesia and Thailand.

Speedcafe.com can reveal that the two new events featured on a draft 16-event 2017 calendar reviewed by the Supercars Commission late last week.

The calander, which is still subject to changes, will on Thursday be sent to the FIA for ratification before it is publicly released in the lead up to the September 16-18 Sandown 500.

Supercars CEO James Warburton has been bullish on the category’s ability to secure two Asian events for next season following the failure of August’s planned trip to Kuala Lumpur.

The KL event has been left off the draft 2017 Supercars schedule while legal action that prevented this year’s event from going ahead continues to play out.

The 4.12km venue, which hosted A1GP mid last decade and has been linked to a MotoGP fixture within the next two years, is expected to undergo significant upgrades ahead of Supercars’ arrival.

Plans surrounding the Thai event are less clear, although it is understood that it will be run on a street circuit constructed in a regional area outside of Bangkok.

Kuala Lumpur-based Australian Simon Gardini, who acted as the technical director for the KL City GP and is the lead technical consultant on the annual Bangsaen street race 100km from Bangkok, was a notable attendee at Sydney Motorsport Park across the weekend.

Although giving little away ahead of the planned calendar announcement, Supercars CEO James Warburton confirmed to Speedcafe.com that deals with three Asian promoters are now in place.

“We’ve been working away hard. They weren’t just throwaway words in terms of the Asian expansion.

“You’ll see when we release the calendar in terms of where we are.” 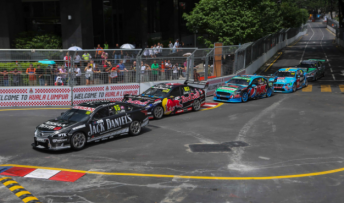 The KL race is not expected to return in 2017

Surprisingly the Indonesian and Thai events are not expected to be run consecutively, with May and August fixtures slated.

“Everything needs to stand on its own two feet,” said Warburton when asked if the model relied on twinning the events.

Warburton stressed the possibility that the Kuala Lumpur race could return in 2018 if the local legal hurdles are cleared.

“It’s a four year deal and they are still keen to promote the race,” he said of the agreement.

“But until the legals are concluded we certainly won’t be taking any chances in terms of putting something on the calendar if it’s not a clear pathway.”

Although saying that the calendar is “pretty fixed”, Warburton admits there’s still scope for changes ahead of its public roll out next month.

Negotiations continued with Winton organisers in Sydney at the weekend amid hopes that the rural Victorian event can be squeezed onto the calendar.

The addition of Thailand and Indonesia leaves 17 events aiming for 16 slots, seemingly spelling the end of Winton’s chances.

There have been suggestions that Phillip Island, which continually struggles to draw a crowd or any government backing, could be subbed out for Winton if a favourable deal with the Benalla Auto Club can be reached.

Phillip Island does, however, have an ongoing contract with Supercars for the category to promote its own event at the seaside venue. 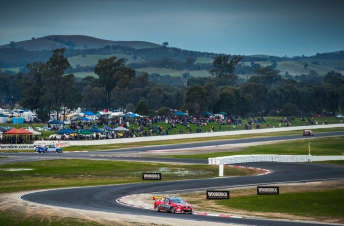 Winton is in danger of losing its Supercars fixture

A new deal with Queensland Raceway is meanwhile subject to major upgrade works being signed off, ensuring its place on the schedule is currently provisional.

“There’s lots of things still up in the air,” said Warburton of the calendar.

“Even though the calendar will be there and the races will be there, there’s still a number of things that need to happen.

“We’ve got the ability to do 17 rounds and 17 rounds fits everything in, but the teams at this point in time only want to go to 16.

“We’ve got demand exceeding supply and that’s good for us to make the right decisions.”

Next year’s other key change will be the replacement of the Sydney Olympic Park season finale with a new street race in Newcastle.

Although a deal for the race is in place with the New South Wales government, a formal announcement is awaiting final administrative details being sorted.

The season will kick-off with the Clipsal 500 Adelaide on March 2-5.

VIDEO: An overview of the Sentul circuit