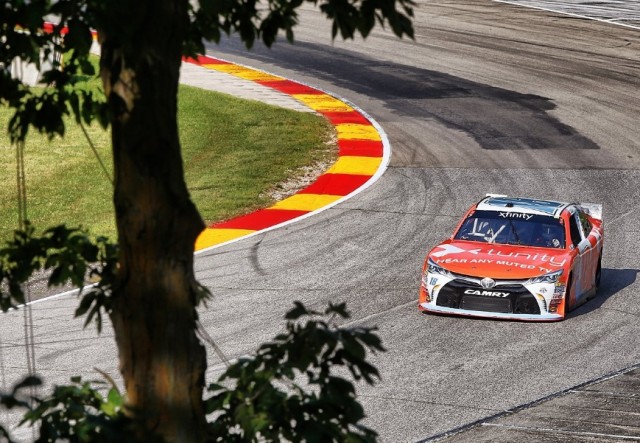 Australia’s Owen Kelly has had his hopes of a top five result in the NASCAR Xfinity race at Road America end in disappointment after a wild finish on the final overtime lap.

Driving a Joe Gibbs Racing Toyota, Kelly was in contention throughout the entire race, but after stretching his fuel and tyre life in the final run to the flag he came under attack.

Ryan Reed made a move at Turn 3 which sent Kelly into the side of Justin Marks. Reed was able to continue and go onto finish in fifth place, while Kelly brought his Toyota home in 17th and Marks was all the way back in 32nd.

As Kelly charged to the finish line, another incident involving fellow Australian James Davison saw him take the chequered flag with his bonnet smashed over the roof of his Chevrolet. He finished in 19th.

Australia’s other representative in the race, Kenny Habul, was classified 34th after a race that included a broken axel in the opening laps. He then was involved in a clash with Ty Dillan with Habul parking his car out on the circuit.

In amongst all the action Michael McDowell held off Brendan Gaughan to take the race victory.