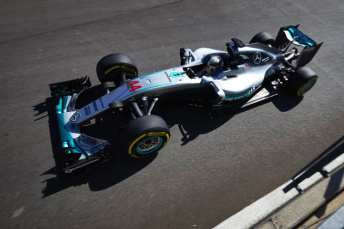 Mercedes has utilised five development tokens to upgrade its power unit ahead of this weekend’s Belgian Grand Prix.

The latest iteration of Mercedes’ all conquering engine was debuted by Lewis Hamilton and Nico Rosberg in Friday practice at Spa-Francorchamps.

The full details of the upgrades are yet to be confirmed by the Brackley squad.

Customer teams Williams, Force India and Manor will use an older specification engine this weekend but will able to upgrade to the latest parts soon.

Mercedes has six of its allocation of 32 tokens remaining for further engine developments with another upgrade expected prior to the Japanese Grand Prix in October.

Hamilton has undergone two engine changes so far this weekend which will see him start from the rear of the grid after incurring a 30-place grid penalty for exceeding his allocation for the season.