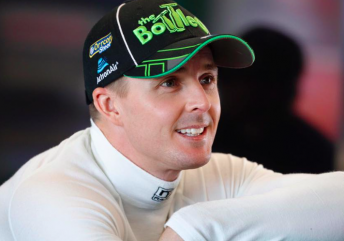 Mark Winterbottom clocked the fastest time in the final Supercars practice session at Sydney Motorsport Park ahead of qualifying.

Winterbottom, James Courtney and Scott McLaughlin recorded the session’s three fastest times on their first lap of the 15 minute run.

“It’s changed a bit since yesterday, there’s a bit more grip in spots that were troubling me yesterday, particularly Turn 1.

“The challenge is that the tyres only last one lap, so you only get one to do it in qualifying.

“We haven’t gone into our race bank yet, we’re still on our practice tyres.

“Hopefully we can qualify well and keep a set of tyres up our sleeve to try and get the good strategy.”

James Moffat gave Volvo further encouragement in fourth ahead of Rick Kelly, who had extra practice tyres to use after missing Practice 2 with a stuck throttle.

“I’m keen to see what we can do on a green tyre in qualifying. Hopefully we can stay in the top five or 10.”

“I was holding 20 percent (throttle) around the corner anyway and it was just enough friction to hold the throttle at that point,” he said.

“It’s very unlikely it would happen anywhere else and fingers crossed it doesn’t.

“The guys rebuilt everything they could last night and we’ve just got to put it behind us and worry about the rest of the day.”