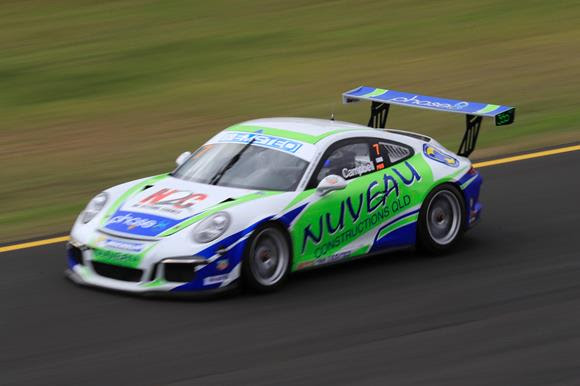 Campbell’s time of 1:29.2048 was around a tenth-of-second quicker than Shae Davies previous record set last year.

Campbell controlled the 30-minute session throughout and even got out of the car with around seven minutes still to run.

His time was 0.4206sec quicker than Ash Walsh, with David Wall putting his best lap in the dying stages of the session to claim third.

Alex Davison trails Campbell by 4.5 points heading into this weekend’s round and will start from fifth.

In the Tag Heuer Carrera Challenge, Stephen Grove put in late charge to take the pole in the semi-professional category.

As well as pole for today’s opening race, both Campbell and Grove will start off the front for tomorrow’s combined separate races where the Australian series will race with Carrera Cup Asia.