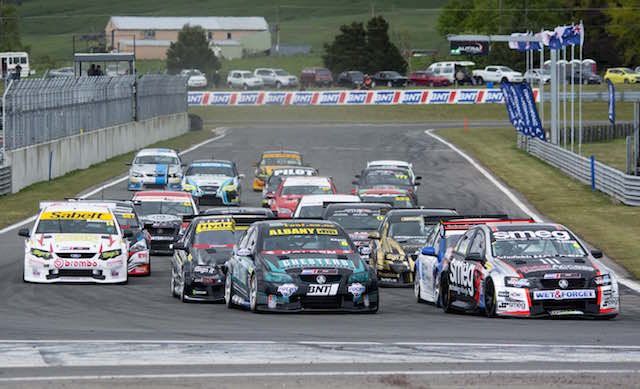 Teams will angle toward a greater use of shared components ahead of the second season of the amalgamated BNT New Zealand Touring Car Championship.

The fusion of the NZV8 TLX and TL and the V8 SuperTourers last season has prompted more methods to bring the two chassis options closer together.

TLX/V8ST  and the older TL-spec cars comprise Class One and Class Two of the unified  Championship respectively.

A number of components on the SuperTourer Pace Innovation and TLX Mitchell Extreme chassis can now be used on either car.

A recent meeting of team representatives resolved that controlled brake packages from Brembo and PFC and some aero bits such as front splitters and rear wings, which are different on each chassis, are now eligible to be used on either.

“No one said it was going to be easy and to be fair it is still work in progress with some positive results showing that the two different chassis types can compete together in one class,” category manager Gary Lathrope said.

To address the variance in power between the V8ST Chevrolet LS7 engine and the TLX power plants, the category technical advisor said dyno testing every car entering the Championship will see an engine power window to establish how each car would then be tuned to fit within that window.

The simplest and most cost effective solution is for competitors to have electronic throttle bodies fitted for the coming season to help achieve parity.

Longer term, the category executive believes that a new engine camshaft should be tested for use in LS7 engines.

The category is also planning to introduce success ballast in a bid to keep competition in check.

Exact details of this will be announced prior to the start of round one at the Pukekohe Australian Supercars round from November 4-6.

Invitational cars which fit outside the Class One and Two criteria will be welcomed and encouraged to race with the championship at the sole discretion of the category executive to ensure these cars fit within the spirit of the category.