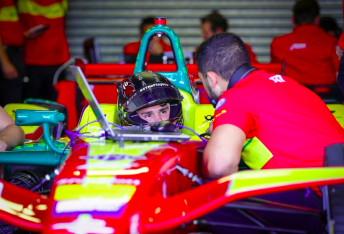 The Abt Audi Sport driver was .2s quicker than ex-F1 driver Nick Heidfeld in his Mahindra.

Jean-Eric Vergne remained a key player in the tests, claiming third best, albeit well shy of his record 1:29.6s effort on day 2 of the test.

Ex-Erebus V8 Supercar runner Maro Engel saw a much improved showing from Venturi to finish eighth on combined times after the team had a troubled test run.

Adam Carroll and Harry Tincknell took charge of the Jaguar running with the pair finishing 13th and 17th respectively in the I-Type 1 machines.

A second three-day test is scheduled for Donington from September 5-7 ahead of the opening round for the new season on the streets of Hong Kong on October 9.