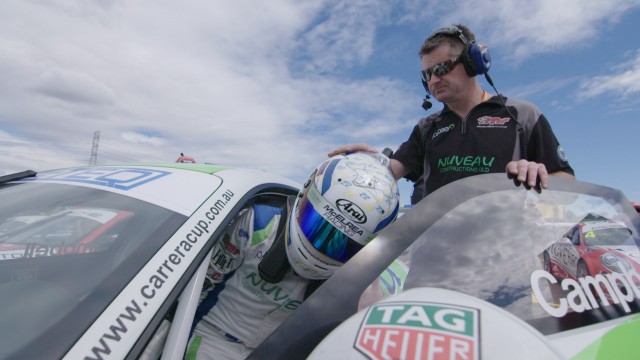 Matt Campbell sets the pace in the Carrera Cup Australia

Carrera Cup points leader Matt Campbell has set the pace in practice ahead of this weekend’s fifth round of the series at Sydney Motorsport Park.

Campbell set the benchmark time in Practice #2 after sitting behind Ash Walsh in the opening session.

After sweeping both races of the Rennsport Festival event at the same venue back in May, Campbell is very much the pace setter this weekend. After a poor round at Darwin, where Alex Davison cut his points leads in the championship chase to just 4.5 points, Campbell is fully aware that this weekend is crucial.

Davison set the second fastest time in Practice 2 to set up another great battle across this weekend’s two championship races. There will also be a combined standalone race with the Carrera Cup competitors on Sunday afternoon.

In the Tag Heuer Carrera Challenge Shane Smollen was quickest in the opening session, before Tony Bates set the fastest time Practice #2; which was also best overall for the semi-professional class on the day.

The Carrera Cup Australia will have qualifying tomorrow ahead of the opening 16 lap at 2.45pm local time.