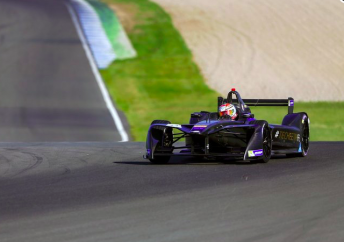 The former Formula 1 driver enjoyed a successful maiden run for the Techeetah squad, culminating in a new 1:29.634s benchmark at the Leicestershire circuit.

Vergne has joined the Japanese-backed outfit having previously competed for the DS Virgin Racing operation.

The Frenchman headed a trio of drivers who dipped underneath the pace set last year.

“Today was really good considering we haven’t been driving at all this summer while other teams have covered a lot of mileage,” said Vergne, who piloted a Techeetah car with the same powertrain as the e.dams team.

“I’m really pleased how the day went. We went through many things and we still need to catch-up compared to the other teams to understand the new powertrain, but the team has done a really good job.

“The pure performance already seems to be there.”

Daniel Abt emerged in fourth for the Abt Audi Spot team ahead of Sam Bird (DS Virgin Racing) and Nick Heidfeld (Mahindra).

New Zealander Mitch Evans made his Formula E debut behind the wheel of the new Jaguar I-Type 1.

The GP2 star clocked the squad’s fastest time on the day which was good enough or 15th spot, before encountering a mechanical issue shortly after his best lap.

The all-new Jaguar squad racked up 69 laps during the test with the running shared between Evans and Adam Carroll. 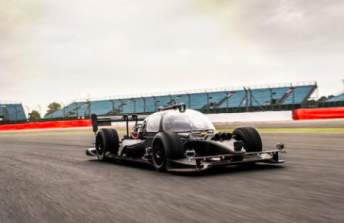 The British outfit were more than 1.5s second adrift of the pace set by Vergne.

Mark Webber was present at the test as he oversaw his protege Evans, who is being evaluated for a potential drive with Jaguar.

Following the completion of the test, the track saw the public debut of Roborace’s autonomous race car.

The car labeled ‘DevBot’, which was fitted with an electric motor developed by Ginetta, completed an out lap with an engineer at the wheel before it came to a halt on circuit.

Roborace is developing autonomous race cars for a standalone series which will support Formula E in the future.