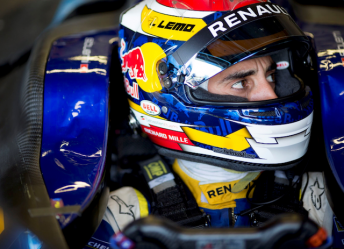 Sebastien Buemi has led the new-look field on the first day of the 2016/2017 pre-season Formula E test at Donington.

The session saw the running of the new Jaguar team for the first time.

The second Jaguar I-Type 1 completed the opening day in ninth with Adam Carroll at the wheel.

It was an otherwise promising start to Jaguar’s return to motor racing after a 12-year absence following its withdrawal from Formula 1 at the end of 2004 after a forlorn five year grand prix campaign.