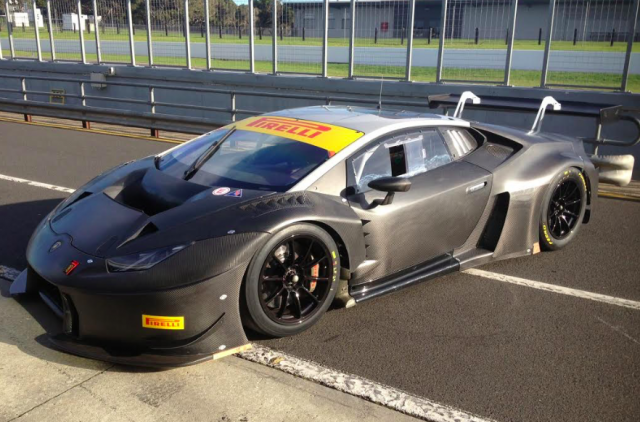 The Australian GT Championship will see at least two Lamborghini Huracan GT3s on the grid next year.

Australian GT competitor Andrew Macpherson has recently purchased an example of Lamborghini’s latest GT3 weapon which has been earmarked for competition next season.

Macpherson’s AMAC Motorsport has acquired the car from Lamborghini’s Australian importer Trofeo Motorsport, which is one of three the Jim Manolios-run Melbourne operation plans to bring into the country this year.

The move will see Macpherson switch manufacturers for the 2017 Australian GT Championship and the Australian Endurance Championship having previously raced Porsche GT3Rs.

The Australian businessman plans to keep a pair of GT3Rs which have now been designated for a Bathurst 12 Hour campaign next year.

Macpherson enjoyed his first taste of a Huracan GT3 at Phillip Island last week when he tested Manolios’ personal example.

He is expected to take delivery of his new car in late October.

“It is a car that if you drive it on the ragged edge as the professionals do it rewards you.

“However, this Porsche is starting to become a bit outdated now.

“From just one test, the Huracan is much more advanced. It is more user friendly for a gentleman driver.”

This weekend will see the Huracan GT3 make its competitive Australian debut in the second round of the Australian Endurance Championship courtesy of Trofeo Motorsport.