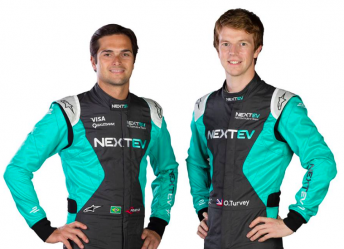 Nelson Piquet Jr. and Oliver Turvey have been retained by the NextEV FIA Formula E team for the 2016/2017 campaign.

The Chinese backed squad has confirmed that both Piquet Jr. and Turvey have signed multi-year agreements with the operation, following a challenging 2015/2016 season.

NextEV finished at the foot of the teams’ championship having been hampered by its newly developed twin-motor powertrain introduced in season two.

Piquet Jr. is confident lessons have been learned from last season as the Brazilian looks to add to his inaugural Formula E title won in 2014/2015.

“With NextEV fully committed to the Formula E programme, I believe that the team has a very strong long-term future,” said Piquet Jr.

“I am happy to be continuing to race with the team that I won the world championship with, and we are looking forward to being able to fight for victories again next season.

“We have come off the back of a challenging season, but that meant we learnt a lot and we are stronger for it.”

Piquet Jr. and Turvey have already experienced their 2016/2017 car during a 14 day private test at Spain’s Calafat circuit. 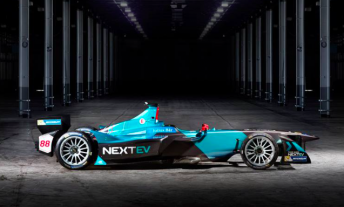 The 29-year-old will compete in Formula E alongside his Japanese Super GT commitments.

“I learnt a lot in my first full season and have taken this experience into the summer testing to work with the team on developing the new car,” said Turvey.

“The team and I have similarly high ambitions for the season ahead and we will work hard together to achieve them.

“I know how much effort everyone at NextEV has put in so I can’t wait to start racing.”

The NextEV squad has also revealed a new livery for the 2016/2017 campaign ahead of the official pre-season test which is due to begin at Donington Park today.

Meanwhile, Jaguar remains the only team yet to confirm its driver line-up which is expected to be announced on September 8.