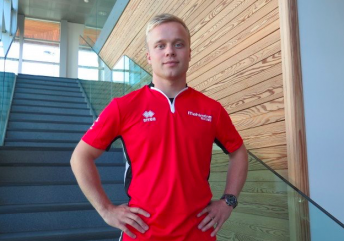 The reigning FIA European F3 champion has been drafted in to replace Bruno Senna at the Indian operation for season three of the all-electric single seater series.

Rosenqvist will join the experienced former Formula 1 driver Nick Heidfeld at Mahindra for the 2016/2017 campaign.

The 24-year-old joined Mercedes as a factory GT3 driver following his European F3 triumph and has been contesting the Indy Lights series in America this season.

The Swede has also made an appearance for Mercedes in DTM following Esteban Ocon’s promotion to the Manor Formula 1 squad.

Rosenqvist says he is eagerly awaiting the new challenge presented by Formula E.

“Racing in Formula E will be something genuinely brand new to me,” said Rosenqvist.

“It’s a step into the unknown, but I’ve had a very warm welcome by Mahindra Racing and I have a strong and experienced team-mate in Nick (Heidfeld).

“I’ve tested the car already and I look forward to intensifying our preparations during the two pre-season tests at Donington.

“I love new challenges and this is going to be a massive one, for sure.

“I’m fully aware that it will take some time to learn the trade of electric racing, as the technology in Formula E is so different to what I’m accustomed.

“You need to be fast, as always, but you also have to be clever and energy-efficient.

“I also find the calendar highly exciting. We’ll be racing on street tracks in some incredible locations, and I can’t wait for Hong Kong.”

Rosenqvist is set to jump behind the wheel at the pre-season test at Donington Park, which begins on Tuesday.

The new Formula E season begins with a trip to Hong Kong from October 9.