POLL: Has Holden made the right call?

POLL: Has Holden made the right call? 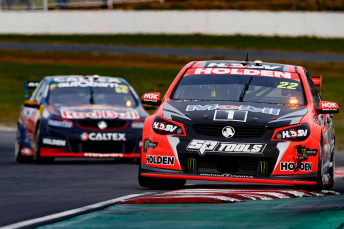 Holden will focus its full support behind T8 from 2017

This week’s Pirtek Poll asks for your view on Holden’s decision to throw its full support behind Triple Eight from next season.

The new deal, announced last week, sees Walkinshaw Racing lose its financial backing and Holden Racing Team moniker, which it has operated under since 1990.

Roland Dane’s outfit will compete with the Red Bull Holden Racing Team name following the change, which comes into affect for the start of 2017.

Results alone show that Triple Eight is undoubtedly deserving of Holden’s backing, having won 101 races and four championships since switching to the manufacturer in 2010.

Conversely, Walkinshaw has floundered through a series of restructures, with just 16 wins and a best drivers’ championship position of fifth across the same period.

Despite the lopsided results, moving the HRT name to Triple Eight is an evocative decision, particularly for Holden fans who have parked their loyalties with one of the two teams.

The HRT became Australian motorsport’s leading brand during the 1990s as Walkinshaw began a golden era that netted five championships in six years from 1996.

Walkinshaw has vowed to continue running a pair of Holdens next year, despite only being offered basic, non-financial support from the manufacturer.

What do you think? Has Holden made the right call to focus its backing on Triple Eight? Cast your vote below on this week’s Pirtek Poll.