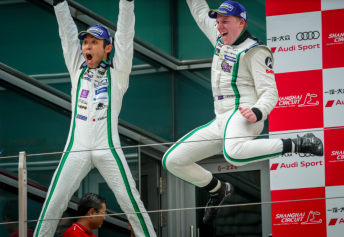 The Sydney racer and co-driver Keita Sawa proved the class of the field in Race 2 at the Chinese circuit as the Absolute Racing Bentley duo went on to take the win by 11.515s.

The opening race of the weekend saw the BBT Ferrari 488GT3 of Anthony Liu and Davide Rizzo take the win.

Meanwhile, it proved to be a mixed weekend for New Zealand’s Jono Lester as he finished eighth and 14th in the two encounters alongside Brit Tim Sugden in the GruppeM Racing Porsche GT3 R.

Venter’s results place him in 10th in the championship standings just 28 points adrift of the series leaders Liberati and Amici.

The GT Asia Series heads to China’s Zhejiang circuit for the final round from October 21. 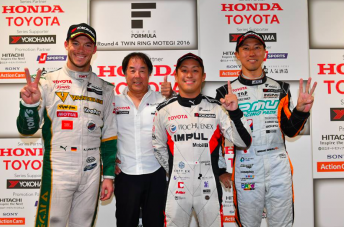 The Team Impul Toyota driver was rarely threatened through the 52 lap journey, taking the chequered flag by 6.1s from sportscar ace Andre Lotterer.

Lotterer shot to second in the early laps and was involved in a race long battle with Hiroaki Ishiura, with the former coming out on top by 0.6s.

Sekiguchi’s victory has seen him move to the top of the standings by 1.5 points from Lotterer.

The championship moves to Japan’s Okayama International Circuit from September 10-11. 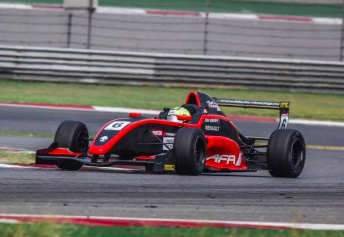 Tasmanian racer Josh Burdon recorded a double victory in the latest round of the Asian Formula Renault Championship at the Shanghai International Circuit.

The 23-year-old converted his pole position into a comfortable win in Race 1 with a 5.976s margin over Maxx Ebenal, while Evan Chen was third.

Burdon once again showed his class in the second race with the BlackArts Racing driver claiming his fifth win of the season.

“It was a really good weekend. We had limited testing to learn the circuit and set up the car so to clean sweep the weekend is a big credit to the team at BlackArts Racing,” said Burdon, who has opened up a 33 point lead in the championship.

“Winning a race is never easy but we was lucky to get good starts in both and build a gap and control them.”

The series visits China’s Zhuhai International Circuit for the penultimate meeting of the season from September 17-18.