Holdsworth and Team 18 back on track

Holdsworth and Team 18 back on track 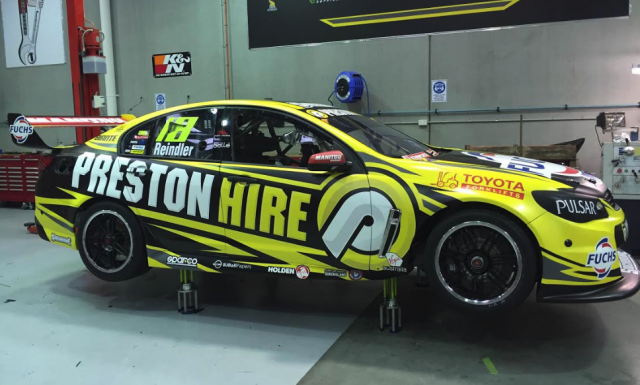 Team 18 has completed the build of its brand new Triple Eight Holden ahead of a shakedown on Monday at Winton, where Lee Holdsworth is expected to make a brief track return.

Karl Reindler is set to give the new car its race debut at next weekend’s Sydney Super Sprint, where the West Aussie will line-up for his first solo Supercars start since 2012.

While Holdsworth will sit out the event, a medical clearance received late yesterday sees him poised to return to the wheel for a brief run on Monday.

Holdsworth fractured his hip and two ribs in the Hidden Valley crash, as well as damaging ligaments in his knee.

Schwerkolt confirmed to Speedcafe.com that the 33-year-old will drive on Monday, pending final paperwork being signed off.

“I am hopeful that he will do up to five laps at the shakedown,” Schwerkolt told Speedcafe.com.

“Then we will see how he feels for more laps on Friday (during practice) in Sydney and on the Monday (during the team’s ride day at the venue).”

Team 18’s latest chassis is one of three new Holdens to join the grid in Sydney.

Garth Tander will also enjoy a brief hit-out in his new Holden Racing Team mount at Winton on Monday, while Jamie Whincup shook down a fresh Red Bull Commodore at Lakeside on Thursday.

“Triple Eight were fantastic in letting us build the whole car up in their factory,” said Schwerkolt.

“We had our staff practically living there for two weeks getting our car done next to Jamie’s.

“There were some pretty late nights involved, but thankfully with KL not there the timing worked pretty well.

“The car was a runner when it left there last week and since then we’ve just put the panels on and tidied it up down at our workshop.

“It’s all ready to go for Monday, which is really exciting for our team. I’ve not had a brand new car since the start of 2013.”

Schwerkolt’s crashed chassis meanwhile remains at Paul Morris’ workshop in Queensland, where it was taken for repairs before the full extent of the damage became apparent.

“We’re dealing with a couple of people about what we might do with it, but it’s just not financially viable for us to fix it at the moment,” said Schwerkolt of the car.

While Reindler faces a tough ask to be competitive in Sydney, Schwerkolt stresses that the event will simply prove a warm-up for September’s Sandown 500.

“Karl knows what he’s got to do, which is just to stay out of trouble, do the laps and learn the car,” said Schwerkolt.

“I’m not expecting him to qualify anywhere near the main guys that have been doing it for 10 years.

“He’s just got to prepare so that he can be the best possible co-driver that he can for us when Lee returns.” 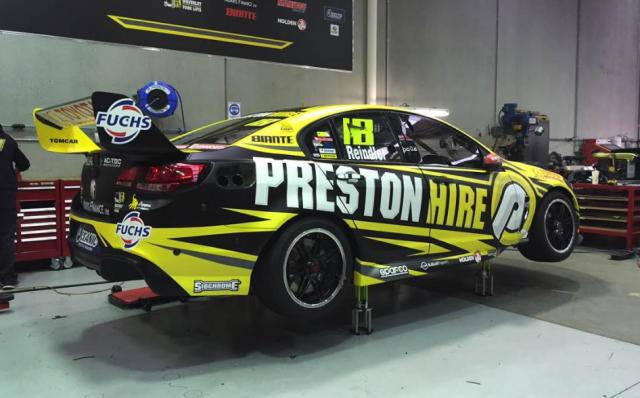 Reindler will race the car at SMP