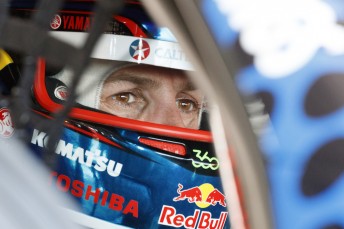 Jamie Whincup believes Holden’s decision to award full factory backing to Triple Eight is a just reward for the team’s performances both on and away from the track.

Holden confirmed on Tuesday that it will switch its factory support from Walkinshaw Racing to the Queensland operation from 2017 as part of a new three-year commitment to Supercars from the manufacturer.

As part of the deal, the iconic Holden Racing Team moniker will move to Triple Eight, who have also received exclusive rights to develop the 2018 new generation Commodore Supercar.

The news is a landmark moment for the team that has established itself as the benchmark Holden outfit in the category since switching from Ford in 2010.

Six-time champion Whincup has played a significant role in the growth of the squad but says the recognition from Holden is not purely down to its results on the track.

“We work equally as hard off-track as we do on the track,” Whincup said of Triple Eight.

“Results are critical but it is certainly not the be-all or end-all.

“It is the multiple days that we do commercially all over the country to make sure our corporate partners absolutely feel part of this rollercoaster and part of this team.

“We have built great relationships with Red Bull and Holden and they have faith to continue with us for the next three years and hopefully a lot longer.

“There are just as many results off-track as there are on it. It is not just about winning races, that is just half the picture.”

From next year both Whincup and team-mate Shane van Gisbergen will become firmly associated with the HRT brand, with the squad set to run under the banner of the Red Bull Holden Racing Team.

“That is something I won’t comment on until next year,” Whincup said when asked for his feelings on driving under the iconic banner.

“At the moment we are Red Bull Racing and we are absolutely committed to this year’s championship, but I’m excited about what the future holds.” 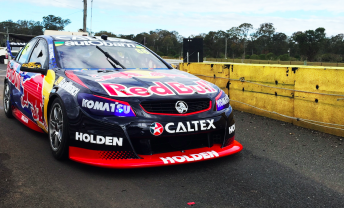 Whincup’s focus remains on his quest to reclaim the Supercars title with the battle set to reconvene at Sydney Motorsport Park next weekend.

The championship leader will debut a new chassis constructed during the mid-season break and given an initial shakedown at Lakeside yesterday.

“We are in a good place,” he said following his team’s recent domination.

“I have highly documented the areas we need to improve on.

“We are certainly not firing on all cylinders so we are just focussing on trying to maximise car #88.

“We’ve got some of the best people in pit lane working on it so we expect a lot.

“Sydney Motorsport Park brings up the end of chapter one and the next chapter is the season of endurance. After that you assess if you are a championship contender or not.”

Whincup leads the standings by 110 points over team-mate van Gisbergen after 17 races.