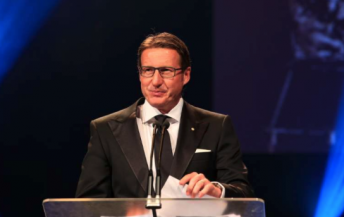 Holden Supercars legend Mark Skaife says he has mixed emotions over the manufacturer’s decision to appoint Triple Eight as its sole factory team from 2017.

Eight years after leaving the squad, Skaife remains the HRT’s most successful driver having scored three V8 Supercars titles and three Bathurst wins for the team that he joined ahead of the 1997 endurance races.

Full control reverted back to Tom Walkinshaw five years later, however, amid debts racked up to Walkinshaw Performance for services provided to the team.

Skaife subsequently found further on track success as a co-driver at Triple Eight, winning the 2010 Bathurst 1000 alongside his former HRT team-mate Craig Lowndes.

Despite his chequered history with Walkinshaw, Skaife says seeing the squad lose its factory support doesn’t come without sadness.

“On the one hand it’s a very good and – from an operational standpoint – clever way of ensuring HRT is sustainable and has longevity,” Skaife told AAP following the announcement earlier this week.

“On the other hand, to be honest, it saddens me.

“I had a long history since replacing Peter Brock at the end of 1997.

“Some of my most fond memories of racing and the team were part of HRT whether that was just me driving there or owning it.

“The success of the team is something I’m very, very proud of and especially the people involved over that period.”

Skaife has been one of the most public critics of the HRT’s poor results this season which sees drivers James Courtney and Garth Tander 10th and 12th in the standings respectively after eight events.

Although HSV Dealer Team branded Walkinshaw cars won the championship in 2006 and 2007, a HRT entry has not tasted ultimate success since Skaife’s last title in 2002.

Based on results, the HRT has not been Holden’s leading squad since Roland Dane’s Triple Eight moved to the manufacturer in 2010.

“It puts a smile on my face when I think that HRT will be in capable hands and Roland and the team thoroughly deserve that factory status based on their performance,” Skaife added.

“The simple fact is Walkinshaw’s recent performance, especially in the Car of the Future modern-era, is lacklustre at best and that’s clearly why the decision was made.”