Davies will carry this livery for his Supercars debut

As announced on Tuesday, Davies has taken over driving duties in the car for the remainder of the season following a one-off appearance by Craig Baird at Ipswich.

The 26-year-old Dunlop Series regular is undertaking a rookie test today at Winton Motor Raceway ahead of the August 26-28 Sydney meeting, which will mark his main game debut.

Klimenko, who is a joint deputy chairman of the Terrace Tower Group, says that Sydney is the perfect location to introduce the company to motorsport.

Terrace Tower Group was formed following the business success of Klimenko’s late father John Saunders, who made his fortune by co-founding Westfield with Frank Lowy.

“I have had to take my team cap off and put my sponsor cap on,” said Klimenko of the arrangement.

“Getting into motorsport is a big leap away from the business’ normal focus, but it something the board have been looking at doing for a while now.

“We have been around for over three decades and this created a fresh and exciting opportunity; we are thinking outside the box and looking at new invigorating ways to promote our centres.

“We see it is a perfect fit – Sydney is our home event and the opportunity arose at the right time.”

Davies is joined at Winton today by Brad Jones Racing, which is conducting its second full test day of the season, and Prodrive’s two Dunlop Series entries. 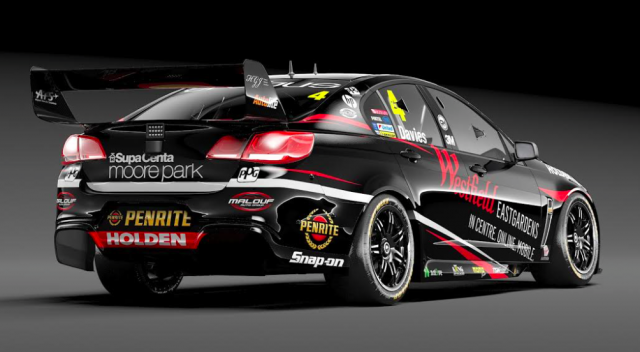