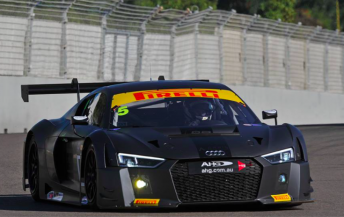 Nathan Antunes will make his Australian Endurance Championship debut next weekend as part of a 25 car grid at Sydney Motorsport Park.

The New South Wales racer will partner Greg Taylor in the Audi Customer Racing Australian prepared R8 GT3 for the second round of the series.

Antunes has been a regular in the Australian GT Championship driving a Tekno Autosports McLaren 650S, but has been unable to clinch a deal to run the car in the sister endurance series.

The 28-year-old jumped behind the wheel the GT Motorsport Audi during a test at Sydney Motorsport Park last week.

Antunes has previous experience of the car having partnered Taylor and Barton Mawer to a sixth place finish at this year’s Bathurst 12 Hour.

“At this point it is just for Sydney and if it goes well then it is likely I will finish off the year,” Antunes told  Speedcafe.com.

“I’ve driven with and for Greg (Taylor) on two separate occasions and we have come away with wins.

“It will be a hard fought weekend and we have just got to focus on doing the best job we can.”

Fellow Tekno McLaren driver and series leader Nathan Morcom will also make a return having secured a drive alongside Grant Denyer in the #59 Tekno McLaren 650S.

Morcom received a late call up to join Denyer for the opening round in May which saw the pair storm to victory in the Phillip Island 101.

The reigning Bathurst 6 Hour winner’s future in the series was in doubt following what was a one-off drive.

“I’m definitely excited to have the drive all sealed and done for the round,” Morcom told Speedcafe.com.

“The main focus is obviously on the race as we look to try and repeat what we did in Phillip Island.

“It is a one-off at the moment but I’m pretty certain we will be doing the full series.” 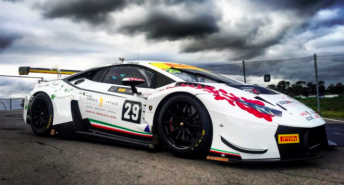 The round will also see the eagerly awaited Australian debut of the Lamborghini Huracan GT3 in the hands of Trofeo Motorsport’s Jim Manolios and Ryan Millier.

As previously reported, the sister car will see the return of Audi DTM star Miguel Molina alongside Tony Bates.

The meeting will see 24 Hours of Spa amateur class winner Liam Talbot rejoin the championship in an Audi R8, he will share with Jake Fouracre.

The Queenslander underwent a test in the Walkinshaw Porsche last week as the squad evaluates its driver options for next year’s Bathurst 12 Hour.

Qualifying for the second round of the Australian Endurance Championship is scheduled for Friday ahead of Saturday’s 101 lap endurance.