The Melbourne racer is the second Australian confirmed for the prestigious non-championship race joining Australian F3 winner Ricky Capo in a 19 car entry.

A late addition to the event, Randle will join up with the renowned Double R Racing outfit as he switches to a 2014 specification Dallara.

The 20-year-old has been contesting the BRDC British Formula 3 Championship this year which utilises a bespoke Tatuus chassis.

The former Australian Formula Ford winner and Formula 4 graduate is currently third in the championship standings. 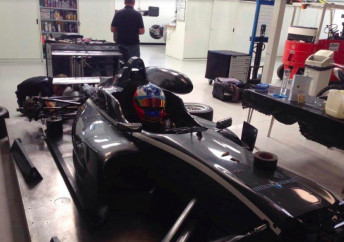 Randle heads into the race with limited knowledge of Dallara machinery, although he did complete a test with the T-Sport operation at Valencia last year.

“This is just a great opportunity and despite the short notice when it came up I jumped at it,” said Randle.

“Double R Racing field very competitive machinery and the car I am driving was driven to third place by Alexander Sims at Macau last year so I’m sure it will serve me well.

“I loved every second of driving the Dallara F3 when I did the Valencia test late last year and the Zandvoort circuit looks like it will suit my style.

“It won’t be easy with so many talented, and more experienced F3 drivers in the field but I will be doing my very best to achieve a solid result.”

Double R Racing boss Anthony Hieatt says Randle was his first choice for the race having been impressed by the Aussie in BRDC F3 this year.

“I heard how well Thomas tested in F3 at the Valencia circuit in 2015 and this year I’ve been keeping a close eye on his BRDC F3 form, where he races against our team,” said Hieatt.

“He’s regularly been taking points from our boys and when I needed a fast driver for Zandvoort Thomas was my first choice. I’m sure he will acquit himself well throughout the weekend.”