The HRT has struggled for results in recent years

Crennan, a 50-year Holden employee who enjoyed a near 20-year reign at the helm of the HRT and HSV from 1991, says that Ryan Walkinshaw must accept full responsibility for Holden’s departure from the operation his late father Tom established almost 30 years ago. 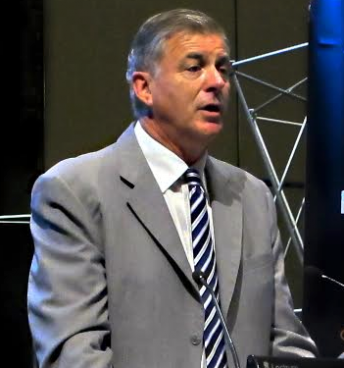 The sport was sent into a frenzy when Holden announced that Triple Eight would assume the HRT brand name and have exclusive rights to build the Commodore replacement for Supercars, effectively bringing an end to an almost three-decade long factory involvement with Walkinshaw.

Now working as a consultant for the Penske Corporation’s Australian operations, Crennan is perfectly placed to reflect on Walkinshaw’s recent struggles.

“In business and or sport when you witness such a public dumping as what we are seeing, be it a CEO or coach, I think you always have to examine where the buck stops,” Crennan told Speedcafe.com.

“I’m sure Ryan Walkinshaw is grown up enough to accept responsibility.

“Whilst he’s done a commendable job I think he may admit or not admit that he made some monumental mistakes.

“These are mistakes that I have seen unfolding that have worried me as one of the original founders of the HRT brand.

“Without doubt in my mind his biggest mistake is that he should have moved to Australia the second he took over.

“He should have been here 24/7 and not try to run it by remote control.

“Being here full time he would have been able to eat and drink with his people and got to know the business inside out and back to front.” 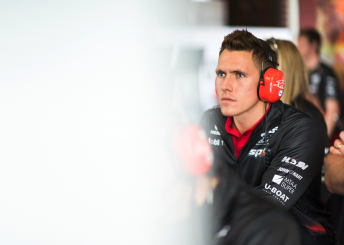 Crennan regards Walkinshaw’s poaching of Adrian Burgess from under Roland Dane’s nose midway through 2013 as a dangerous move.

“His appointment of Adrian Burgess created an intense enemy in Roland Dane whose experience, influence and guile to my mind was always going to see a monster come back at some point,” Crennan said.

“It worried me at the time and I thought there would be a reset on that at some point.”

Crennan, who has so much currency when talking about the HRT following his influence and guidance through its period of extreme highs and difficult lows, said the removal of the brand name from Clayton can be looked at two ways.

“I’m saddened to see Holden move away from the Clayton side of it,” he said.

“However there are always two ways of looking at these things through the brain and the heart.

“From a logical business standpoint it was a very solid decision that Holden have made.

“Clearly Triple Eight deserved to win the HRT prize and the other party deserved to lose it.

“The numbers on the scoreboard speak for themselves in that respect.

“On the other hand, on the emotional platform I can fully understand why the fans would find this difficult to accept.

“In many respects I liken it to big-time drivers and even footballers when they switch allegiance and go from one club which they were deeply ingrained for business reasons and money. But the fans tend to adjust (with time).

“I don’t say that in any flippant way. But time heals and the talent of the business will always be the thing that dominates rather than the owners.”

Crennan is keen to see how the marketing roll out of the name marriage is going to work.

“What we haven’t seen yet is Holden and Triple Eight’s marketing execution,” he continued.

“There’s not the slightest doubt in my mind that there would be some strong emotional hooks brought into that.

“The other part of the equation is to outsource the entire motorsport operation to Triple Eight. I reserve my judgement on that.

“I would like to see a harder business case on that to determine whether it’s good for the sport or not.

“This is unlike the other aspects I mentioned earlier which are pretty hard to argue against.”

Crennan, though, says the HRT failed to fully recover from the collapse of the Tom Walkinshaw Racing empire in the UK in 2003.

The team went through a period of instability immediately after the TWR bankruptcy before officially falling back into Tom Walkinshaw’s hands five years later. 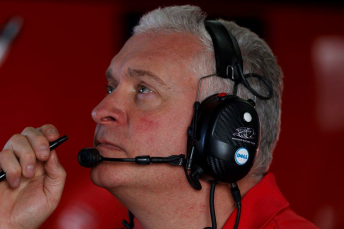 “I don’t think HRT ever really recovered from the collapse of TWR in 2003,” he said.

“The receivers stepped into TWR in the UK and then a week later the receivers walked into my office and fired Jeff Grech, Jeffery Browne and myself as directors of that company.

“Despite six weeks earlier at the end of 2002 we recorded the greatest financial result that team had ever seen.

“As I’ve seen it since then, every iteration and ownership and team manager change hasn’t really worked.”

Crennan has offered a left-field way Walkinshaw might be able to rebrand itself going forward.

“I would be seeking to gain permission from the Brock family to use the Brock name and I would have that seen as a memorial to Peter Brock so that the Brock name could live on with his connection to HDT and HRT,” he suggested.

“It is a brand that I would love to see. It is a bit out there and a bit bold but without the HRT brand, it is something that Walkinshaw should consider.

“That is with my marketing hat on and I feel it would be great for motorsport.

“If the Walkinshaw brand is bruised, I would be trying to utilise the Brock name. I think that name has still got another generation to go.

“That to me would have some marketing might to it.”