Klimenko: Holden should have retired HRT

Klimenko: Holden should have retired HRT 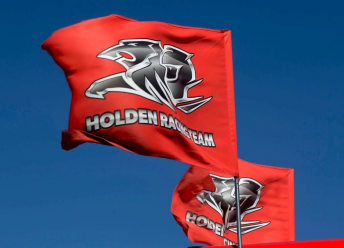 Walkinshaw has flown the HRT flag since 1990

Erebus team owner Betty Klimenko has weighed into the debate over Holden’s decision to place its Holden Racing Team name at Triple Eight from 2017.

Klimenko took to social media today to express her view that the HRT brand should have been retired alongside the decision to withdraw support from Walkinshaw Racing.

As announced on Tuesday, Holden has instead elected to switch the name to Triple Eight, which will run two of its three cars under the Red Bull Holden Racing Team banner.

Klimenko’s squad fields a pair of Holdens in the championship that were purchased from Walkinshaw Racing at the end of last year.

“I have only been here in V8s for four years, but have always known HRT as Walkinshaw,” Klimenko wrote on social media.

“This type of thing is not easy and whether we loved them or hated them, they were HRT.

“We all have good years and bad years, we have our ups and downs.

“I agree with one of the comments… that Holden should of retired the HRT name.

“It (losing the brand) would feel like handing your life’s work over to someone. “There is history behind the name, there is hard work and wins and losses.

“That is why I held the Stone Brothers name but never used it. Its history was not mine to use.

“You can’t just give it away when that history is not yours, the name may be but not the history.”

Klimenko also stressed her support for the Walkinshaw team, which has vowed to continue with two Holdens next year despite losing its factory money and branding.

Walkinshaw’s loss means that Triple Eight will be the only team to receive financial backing from the manufacturer next season.

“As a Walkinshaw customer I will stand behind Walkinshaw Racing,” she continued.

“They are a great mob to work with. I do not want to see this series dominated by just one company or team, it’s all becoming a little too ‘bullish’.

“It is all fine to be the king of the hill, but what happens when that hill cannot be supported, and starts to crumble, then you are king of nothing.

“If we as a series don’t recognise that the small or independent teams need, to know that they have some kind of support, the small teams will fade away.”