SNAPSHOT: Walkinshaw and the HRT

SNAPSHOT: Walkinshaw and the HRT 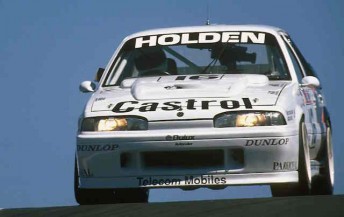 Holden’s decision to move its Holden Racing Team brand to Triple Eight next season will create a third distinct chapter in the history of the iconic brand.

The HRT nameplate was created in 1989, where Perkins Engineering was appointed to field VL Commodores in selected events on behalf of the factory.

It was to be a short-lived relationship as Walkinshaw took the deal in-house the following season, beginning a 26-year stretch that will soon reach its end.

At the behest of Tom Walkinshaw, fellow Brit and accomplished driver Win Percy was charged with the task of running the HRT from 1990.

The clear highlight from its trying early days in the Group A era came at Bathurst that year, where Percy teamed with Allan Grice to take out The Great Race. Percy would soon be shuffled out of the fold with John Crennan becoming a key part of the evolution of the team before he stepped down at the end of 2007.

With major backing from Holden, Mobil and Bridgestone, the HRT developed into the sport’s powerhouse squad, taking six championships in seven years from 1996.

It then became embroiled in the collapse of the TWR UK empire in 2003 with receivers called in as the future of the HRT, Kmart Racing and Team Brock remained in the balance.

A special rescue mission was orchestrated by Holden’s Ross McKenzie and Ray Borrett for the car maker to gain special dispensation and purchase the team in the interim until a new owner was found.

Ironically, Triple Eight boss Roland Dane was entering the sport by buying out the John Briggs operation in Brisbane in the third quarter of 2003 after McKenzie rejected Dane’s offer to take over the HRT.

Driver Mark Skaife was put forward as the Holden Racing Team’s buyer before Walkinshaw, whose companies had continued to provide preparation services to the squad, eventually regained full control.

Tom Walkinshaw’s death in 2010 saw his widow Martine and son Ryan take over the reigns, with the team beating Triple Eight to a sensational Bathurst victory the following year. 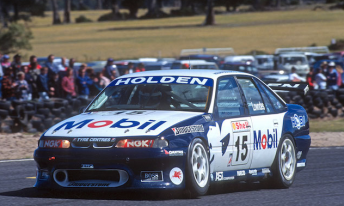 The HRT’s first Championship-winning car in 1996

Results have largely proven hard to come by over the last decade, however, falling behind arch rivals Triple Eight and Prodrive.

A series of restructures, most famously including poaching Adrian Burgess from Triple Eight ahead of the 2014 season, have failed to stop the rot, leading to today’s announcement. 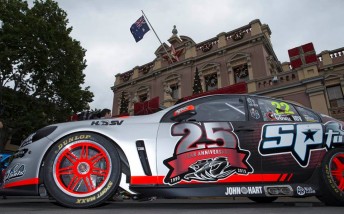