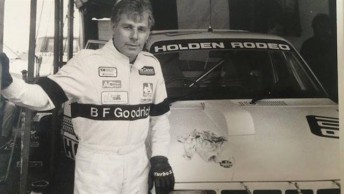 Paul ‘Zoomer’ Zacka has been posthumously inducted into the Australian Off Road Hall of Fame for the profound legacy he has left the sport.

Zacka has been recognised for his dedication to the development of Off Road with a trophy to be awarded at the CAMS Queensland Motor Sport Awards later this year.

He succumbed to cancer on New Years Day and was laid to rest in his hometown of Goondiwindi.

Zacka’s off-roading career began in Goondiwindi in the late 1970’s where he competed in the BP 400 in a Holden Torana.

He continued to win in all the races he contested while also bringing BF Goodrich and again, Holden into the sport.

In 1982 Zacka became the first person to win the Australian Championship outright in a 4WD against the Buggies.

A year later he beat World Champion Andrew Cowan in the Macleay 1000.

From 1978 to 1984, Paul won the Goondiwindi 400 a record six times, including a third outright against the Buggies.

He was also instrumental in bringing the first ever ‘A’ Arm Buggy to Australia, changing the sport of Off Road racing forever.

He finished second in the Australian Safari in a Holden stock Rodeo in 1985, and brought Isuzu back into the sport in 1989 before retiring shortly afterwards.