Stanaway slated for Aston return in 2017

Stanaway slated for Aston return in 2017 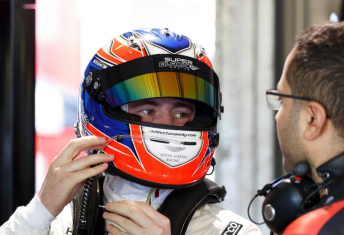 Richie Stanaway is eyeing a full-time future in the Supercars Championship, but not until at least 2018.

The Aston Martin World Endurance Championship driver has made no secret of his enthusiasm for the touring car class in the lead-up to his Pirtek Enduro Cup debut with Super Black Racing.

Such is his commitment to performing strongly at Bathurst, Stanaway has elected to forgo duties with Aston at the Circuit of the Americas on September 15-17 in order to compete at Sandown.

Although also relocating from the United Kingdom to New Zealand for the remainder of the year, Stanaway says he expects to return to the WEC in 2017.

“This is my second year of a three-year deal with Aston Martin, so I’ve still got a year to go,” Stanaway confirmed to Speedcafe.com.

“There’s some things still a bit up in the air that we’re waiting to see what happens, but the plan right now is to go back for that third year.”

Although downplaying expectations for his rookie enduro campaign, Stanaway has the potential to be New Zealand’s next star Supercars driver.

The 24-year-old has shown his considerable talent across a variety of open-wheel and GT classes since first heading to Europe seven years ago.

“I’m not going to have much expectation this year because I’m in a unique situation where I haven’t raced these cars before and I’m going straight into the main game,” he said.

“I don’t think people will expect too much, but if I can do a solid job then hopefully people will take notice and it can open up doors for me here in the future.

Also slated to tackle practice and a ride day at Sydney Motorsport Park later this month, Stanaway is comfortable with his progression with the car ahead of his debut.

“The biggest challenge is just finding that last bit to be competitive with guys that have done a lot more laps than I have, which is an uphill battle,” Stanaway said.

“It’s just tiny details that add up over the course of a lap that the guys who are in them full-time are experts at finding. It just takes time.

“The car has a lot more suspension travel than what I’m used to in GT and formula cars, so it’s about getting in tune with the pitch and roll and making sure it’s happening in the right phase of the corner.

“We won’t know until we get to Sandown, but I feel pretty good in the car so far.”

Nissan Motorsport’s four cars joined Prodrive on track at Winton today, undertaking their own endurance test program ahead of Sandown.

While Stanaway was the only Prodrive co-driver present, all four of Nissan’s part-timers cut laps throughout the day’s running.