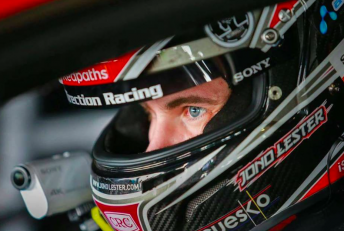 It proved to be a challenging weekend for the Kiwi and co-driver Yudai Uchida having been forced to start from the rear of the grid following a crash in practice that ruled the entry out of qualifying.

Lester and Uchida managed to scythe their way through the field to finish third in Race 1 before going on to claim a hard fought second place finish in the final heat.

The Lamborghini Super Trofeo Asia Series heads to Fuji International Speedway for the final round from September 16-18. 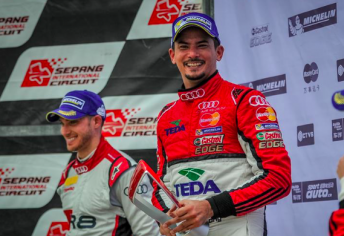 Alex Yoong and Alessio Piciarello are tied for the championship lead after the sixth round of the Audi R8 LMS Cup at Sepang.

Yoong made the most of fresh rubber to storm into the lead on the run to the first corner at the start of Race 1.

The Malaysian ex-Formula 1 driver shot from fourth to the lead as he passed Rahel Frey, Piciarello and DTM star Edoardo Mortara, who started from pole position.

Once in front, Yoong proved unstoppable as he took the flag from Mortara by 0.5s, while Frey managed to edge Piciarello to third.

Mortara confirmed his impressive pace with victory in the second heat from Piciarello and Frey.

Yoong was left to settle for sixth spot as he struggled to match his earlier pace having been hit by 35 kilograms of success ballast.

Piciarello and Yoong are now tied on 95 points in the championship standings ahead of a visit to Korea from September 24-25.