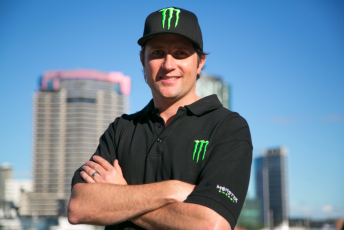 Owen Kelly narrowly missed out on pole position on his return to the NASCAR Xfinity Series at Mid-Ohio.

It was bettered only by Richard Childress Racing Chevrolet driver Sam Hornish Jr, who paced the field by 0.4s.

Kelly had been 11th in both practice sessions, which were topped by eventual seventh placed qualifier Ty Dillon and Hornish respectively.

The 39-year-old Kelly is making his return to NASCAR this weekend as a substitute driver following a three-year absence.

Team Penske’s Ryan Blaney qualified his Ford third on a day where the legendary squad confirmed a two-car Xfinity program for 2017.

The team has focussed on a single car in recent seasons, running a second Mustang only on a part-time basis.

Although a driver is yet to be confirmed, it has been announced that the second car will be run as part of Ford Performance’s driver development program.