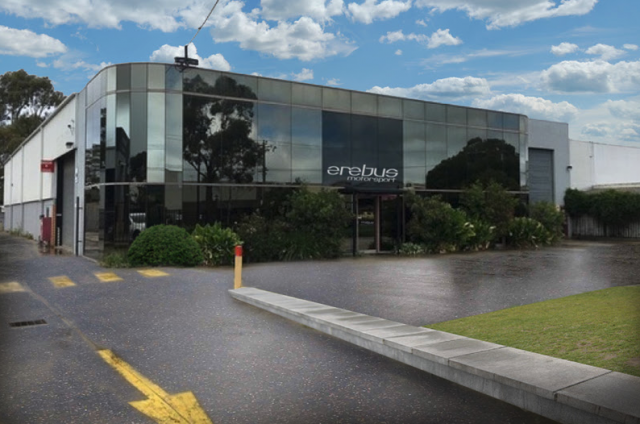 Erebus Motorsport’s impending move into a new factory in Melbourne should put to rest any doubts over the team’s future, says manager Barry Ryan.

The Betty Klimenko owned squad has been operating its two Supercars out of its small GT workshop in Moorabbin since relocating from Queensland over the off-season.

At 1,600sqm, Erebus’ recently purchased new home in Dandenong is twice the size of its cramped current home, which has already been sold.

The team expects to complete its move immediately following the August 26-28 Sydney Motorsport Park meeting, where both its Supercars and GT3 teams will be in action.

“We’re just ramping everything back up now which is exactly what we wanted to do,” Ryan told Speedcafe.com of Erebus’ operations.

“We don’t want to hear any more negativity about Erebus’ future and what we’re doing.

“Betty hasn’t just bought a new factory for the next six months, it’s for 10 or 20 years or more.

“We’re here to stay as a race team and we’re going to keep moving forward to get to the top of Supercars like we did with GT.”

Although Erebus has taken its own development path with its ex-Walkinshaw Holdens, the team outsources its manufacturing, making the change of shops relatively straightforward.

Preparations for the move are taking place while the squad locks in driver and sponsorship deals for its second car for the remainder of the season.

Already signed to steer the car in the Pirtek Enduro Cup, the Dunlop Series driver is seen as the best of a thin field of candidates not already locked in elsewhere.

Ryan says that the team is doing its best to turn the unplanned mid-season shake-up caused by customer Aaren Russell’s exit into a positive as its looks to build towards next year.

“Changing drivers mid-season is a position that we’ve been forced into, but it’s given us a head start for being a full two-car team again in 2017,” he said.

“We’re full steam ahead at the moment to find a second David Reynolds for next year.

“There’s no doubt that we want to get ourselves into a position where we are getting strong results with both cars.”