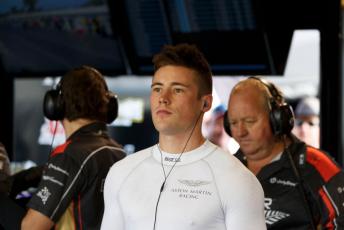 UK-based Kiwi Richie Stanaway will join Prodrive for its mid-season test on Monday ahead of his Supercars debut in the Pirtek Enduro Cup.

The 24-year-old has enjoyed only brief outings aboard the Super Black Ford during Friday practice and a ride day at Winton in May.

Unavailable for the team’s dedicated pre-enduro test next month, the 24-year-old will undertake extensive running in Chris Pither’s car at Winton on Monday.

Stanaway will drive with Pither for all three Pirtek Enduro Cup events after receiving clearance from Aston Martin to miss the Austin World Endurance Championship race that clashes with Sandown.

“He’s not going to be able to make what is the Prodrive Racing enduro test in September so we’re just trading it around for the #111 car.

“He’s going to be doing a chunk of his laps next week and as he’ll miss our enduro test while the other co-drivers drivers won’t be coming to this one.”

Osborne meanwhile stressed that Monday will see its remaining three cars dedicated to performance testing as it continues its pursuit of current category pace-setters Triple Eight.

“It’s our first test since the opening test back in February so it’s the first time we’ve been able to go back and reiterate and make sure that the items we’re developing are on target,” said Osborne.

“This test day is really just to establish clarity on what we feel is a direction.

“We need to make sure that in a controlled environment that what we think we know, is correct.

“If we get on top of that then that would be a good outcome.”