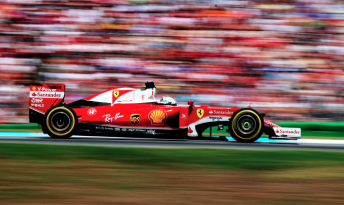 Ferrari has struggled for form this season

Ferrari was tipped to provide Mercedes with a stern challenge this season but has struggled to match the Silver Arrows.

The Italian squad’s form has slumped in recent races falling behind Red Bull in the constructors’ standings, while its lead technical guru Allison has left his position.

The departure has led to a restructure at Maranello as it bids to recover lost ground on its rivals and hit the ground running next year.

Ferrari has since confirmed that Mattia Binotto will now take up the role of chief technical officer.

Given the operation’s resources, Wolff says it would be foolish to disregard the threat Ferrari will pose next year.

“I don’t think you can write Ferrari off,” said Wolff.

“They have clearly had a tough time recently. Ferrari has switched off very early for 2017, so never underestimate a team with so many resources and so much passion. That will be my view.”

Although deeply concerned his team’s current form, Ferrari boss Maurizio Arrivabene says a calm approach is being taken as it looks to rebuild.

“We are reorganising the team, first of all without panicking, because taking that decision means we are clear in mind about what to do with the organisation,” said Arrivabene.

“We are looking forwards to the rest of the season and we know very well where we have to work.”

The Formula 1 season reconvenes at the Belgian Grand Prix from August 26-28.