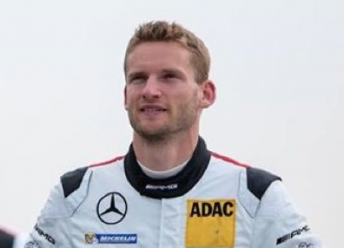 The opportunity will see the experienced German driver return to Formula cars for the first time since he finished runner-up in the 2007 British Formula 3 Championship.

Engel will replace Brit Mike Conway at the Monaco-based operation and will line up alongside Stephane Sarrazin.

The 30-year-old piloted a Formula E car for the first time when he teamed up with Venturi for a half-day test.

Since racing in single seaters Engel became a factory Mercedes driver in DTM for four seasons before switching his attention to GT3 racing.

Engel returned to touring cars in 2013 when he joined Erebus Motorsport’s Supercars outfit but returned to GT racing the following year.

“After giving me the opportunity to develop their new car, Venturi, a top team in Formula E, offered me the chance to participate in the championship. I am very happy.” said Engel.

“Efficient cars, great drivers, important manufacturers, races in big cities: the series is already a success and as a driver it’s very important to be part of it.

“My adaptation went very well as we had time during the testing days to work in very good conditions, I have been able to acquire a good understanding of the car.

“I love racing on street circuits and am now really looking forward to the start of season 3 together with my highly motivated team.”