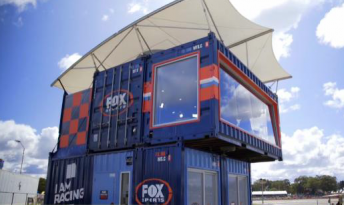 Fox Sports will launch a dedicated Supercheap Auto Bathurst 1000 channel as part of a plan to provide extensive coverage of Supercars’ showpiece event.

From October 3, Channel 506 on Fox Sports will become the home of The Great Race throughout race week, providing viewers with a smorgasbord of content.

The network is set to combine its live coverage of every session with a selection of special feature programs on the history of the Mount Panorama classic.

The channel will broadcast a four-part documentary series called ‘Bathurst Legends’ which will take an in-depth look at the folklore of The Great Race, and the lives and stories of some of its biggest names.

Hosted by Jessica Yates, the first episode examines the greatest victories, memorable defeats and battles of a collection of Bathurst legends, as told by the drivers who raced against them.

Then the series will focus on the careers of Craig Lowndes, Peter Brock and the rivalry between Holden and Ford across a three-night span.

A special ‘Pit Lane Live’ show hosted by Neil Crompton and Russell Ingall on Friday evening of Bathurst weekend will feature interviews, challenges, while taking the viewer behind the scenes as teams prepare for the race.

“The Bathurst 1000 is one of the most iconic sporting events in Australia and with the 10-year anniversary of the Peter Brock Trophy adding to the occasion this year,” said Fox Sports CEO Patrick Delaney.

“It’s the perfect opportunity for us to dive deeper into the action and excitement than ever before with our new, dedicated 24/7 channel.”