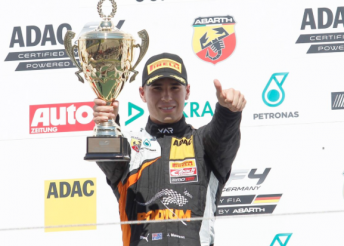 Joey Mawson recorded his seventh win of the season as he maintained his lead in the ADAC German Formula 4 Championship.

The Sydney racer kicked off the weekend by following title rival Mick Schumacher, the son of Formula 1 legend Michael, home in the opening heat at the Nurburgring.

However, Mawson showed his class in the second race as he took victory despite contact with Schumacher.

Schumacher tried an ambitious move for the lead on Mawson which forced the Australian wide.

Stewards issued Schumacher with a drive-through penalty for the clash which allowed Mawson to take the flag from Juri Vips and Nicklas Nielsen.

Mawson fought his way to fifth from ninth on the grid in the final race before he was issued with a post-race 30 second penalty.

Officials deemed the Van Amersfoort Racing driver had used part of the pit lane entry to make a pass and subsequently relegated him to 28th.

Thomas Preining claimed the victory from Schumacher and Vips.

Despite the penalty, Mawson has maintained his 46 point lead over Schumacher as the series heads to Zandvoort from August 19-21 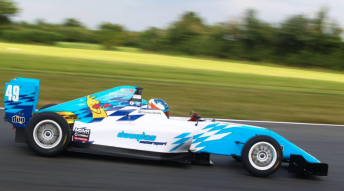 The Melbourne driver finished sixth in the opening race after surviving contact with Douglas Motorsport team-mate Enaam Ahmed in the early stages.

Ahmed was sent spinning into the infield before his car dug into the ground and rolled. He emerged from the wreckage unscathed.

Randle started from third in the second race but lost a position to Harrison Scott at the start where he remained until the chequered flag.

The young Aussie ended the weekend with a strong drive from eighth to sixth.

Ricky Collard has extended his championship lead by taking victory in the opening two heats.

European F3 driver Nikita Mazepin took out the reverse grid finale on his debut in the category.

Randle is now 51 points shy of Collard heading into the final round at Donington Park from September 10-11. 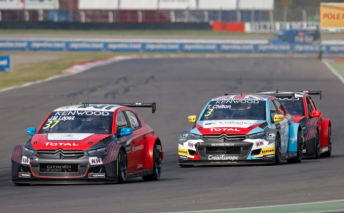 After initially losing the lead to Norbert Michelisz at the start, Lopez hauled himself back to the front in his factory Citroen before going on to take the chequered flag by 2s.

The Chevrolet of Tom Coronel finished second while Rob Huff brought his Honda home in third. The pair survived post-race investigations for jumping the start.

Tom Chiton claimed victory in the earlier race having fought off Huff to take the flag by 0.7s, while Yvan Muller secured the final place on the podium.

Lopez leads the championship standings by 117 points from Honda’s Tiago Monteiro ahead of the next round at Japan’s Motegi circuit from September 3-4. 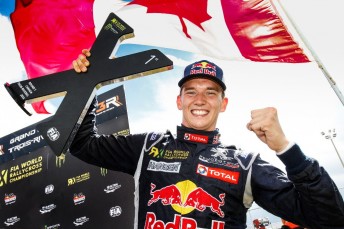 The Peugeot driver claimed a surprise victory after only earning a spot in the final following the disqualification of Timur Timerzyanov at the semi-final stage.

Hansen took full advantage of the promotion by going on to win the final by 1.1s from Andreas Bakkerud (Ford) and Johann Kristoffersson (Volkswagen).

Reigning champion Peter Solberg has moved to the top of the standings after coming home in fifth.

Title rival Mattias Ekstrom missed out on a place in the final after suffering a puncture in the semi-final.

Solberg holds a four point lead over Ekstrom prior to round eight in France next month. 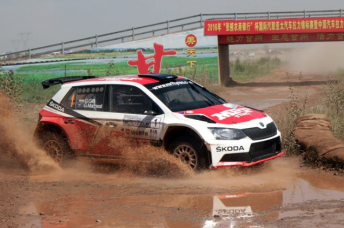 Manfred Stohl and co-driver Bernhard Ettel took out the latest round of the Asia Pacific Rally Championship in China.

The wildcard entry piloted by the 44-year-old Austrian stormed the Rally Zhangye event held near the border of Mongolia.

Gill was awarded the points for the victory as Stohl is not contesting the championship.

The Chinese pair of Wang Hua/Pang Jiadong (Citroen DS3 R5) secured third with a margin of five minutes and 26 seconds over the Australian duo of Eli Evans and Glen Weston (Citroen DS3 3RT). 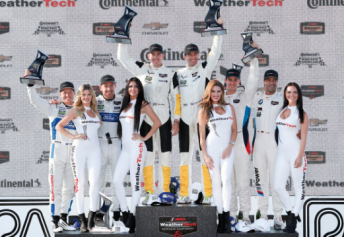 Corvette’s Oliver Gavin and Tommy Milner combined to edge the Ford GT of Ryan Briscoe and Richard Westbrook to the GTLM victory at Road America.

Gavin and Milner surged from fifth to first in the final laps to take the flag by just 0.7s from the Briscoe/Westbrook Ford.

The championship heads to Virginia International Raceway from August 27-28.