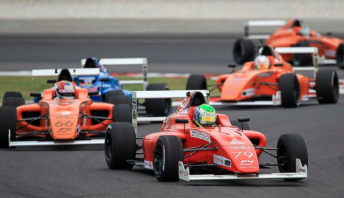 Australian Jordan Love picked up a trio of victories in the inaugural round of the Formula 4 South East Asia Championship at Sepang, Malaysia.

The Western Australian, who also competes in the Australian F4 Championship, came through a thrilling dice with Danial Frost to take the win in the series’ maiden race.

The championship welcomed a grid of 10 cars for its opening event.

Love had started from pole position but lost the lead to Frost. The Singaporean however made a mistake on lap 6 which handed the lead and victory to the pole-sitter.

The young Aussie went on to win the second and fourth heats, while Frost took the honours in Race 3 before going on to win the final two races.

Love ended the weekend second in the championship just 19 points behind Frost, while New Zealand’s Faine Kahia was third.

The championship reconvenes at Sepang for the second round from September 2-4. 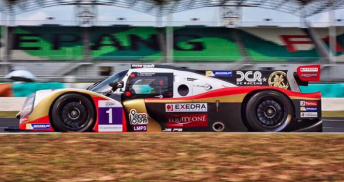 The British-born racer converted pole position into a comfortable win in the opening 60 minute race behind the wheel of the DC Racing Ligier LMP3.

The #94 WINEURASIA Ligier JS P3 of Australian Aidan Read and Thai driver Tanart Sathienthirakul came home in second ahead of the Ginetta LMP3 of Ate de Jong and Charlie Robertson.

“The team did a fantastic job, DC Racing and Eurasia. We weren’t very quick yesterday and they turned it all around for today,” said Winslow.

“All credit to them. It’s a shame that Dean Koutsoumidis my co-driver couldn’t be here, I’m sure he would have loved to be on the top step of the podium.”

Robertson and de Jong claimed victory in the second race with a comfortable 1 minute and 22 second lead over Australian Garnet Patterson in the Nexus Infinity ADESS LMP3.

Singaporean Ringo Chong secured the final spot on the podium ahead of Winslow, while Read retired from the race in the early laps.

The championship will host its final round at Sepang from September 2-4. 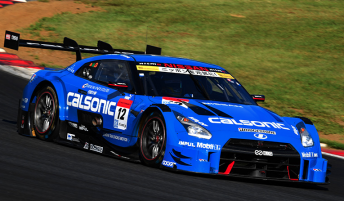 The Calsonic Nissan GT-R of Hironobu Yasuda and Joao Paulo de Oliveira scored a commanding win in the fifth round of the SuperGT Championship at Fuji Motor Speedway.

De Oliveira quickly opened up a comfortable lead before witnessing his advantage disappear following a brief Safety Car period due to a clash between GT300 competitors.

The Brazilian picked up the pace on the restart before pitting to handover to Yasuda with a healthy lead.

Yasuda produced a faultless drive in his stint to take out the 300km race by 25.4s from the Honda pair of Koudai Tsukakoshi and Takashi Kogure, while the Naoki Yamamoto/Takuya Izawa Honda was third.

New Zealander Nick Cassidy impressed on his way to fifth in the Lexus RCF, he shared with Daisuke Ito.

Countryman Jono Lester was due to make his debut in the GT300 class before an engine failure forced Direction Racing to withdraw its entry.

Tsugio Matsuda and Ronnie Quintarelli lead the championship by 13 points ahead of a visit to Suzuka from August 27-28.