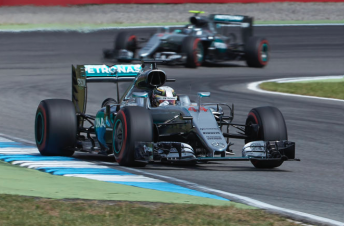 Mercedes is set to deploy a much more conservative tyre strategy compared to its rivals at the Belgian Grand Prix later this month.

The reigning world champion squad has selected just four sets of super-soft rubber for its drivers Lewis Hamilton and Nico Rosberg to use at Spa-Francorchamps.

Hamilton will have six sets of softs while Rosberg has one less of the same compound.

Mercedes and Manor are the only teams to pick less than six sets of super-soft tyres.

Ferrari has selected a more aggressive strategy with Sebastian Vettel and Kimi Raikkonen issued with seven sets of the softest compound.

The Italian outfit has opted for just one set of mediums for its drivers.

A wide range of tyre selections is likely to prompt varied strategies when the Formula 1 season reconvenes from August 26-28. 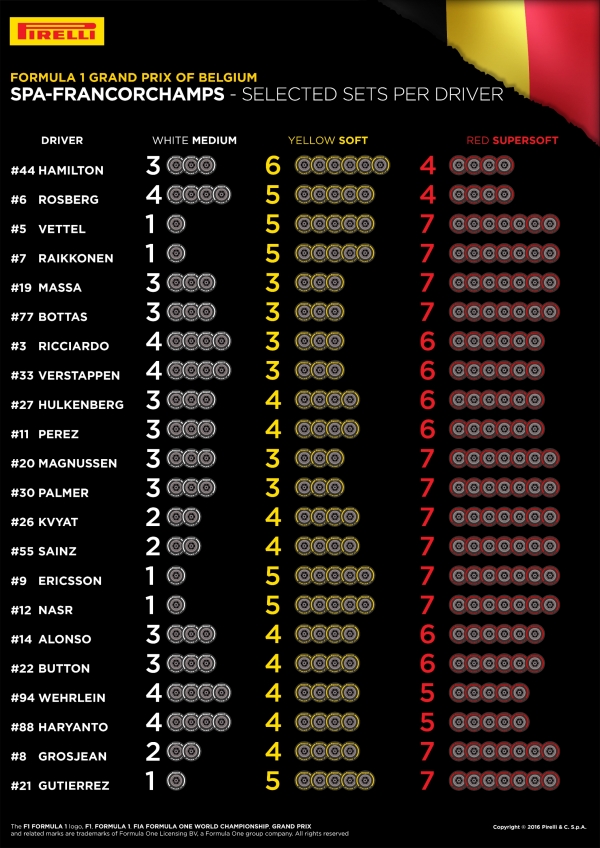