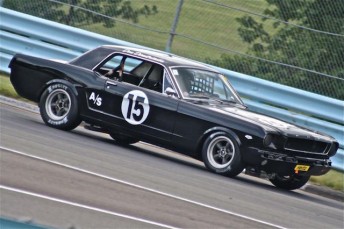 Lawlor, won the Shelby class at the corresponding meeting last year, while Parrish, who missed the 2015 event due to the birth of his third child, has previously run in the Trans Am class at the Californian circuit.

Dimitriadis will be again returning in the Factory Shelby Kar Kraft Boss 302 Trans Am. The Aussie group will undertake the pre-Reunion meeting from August 13-14 ahead of the main event from August 18-21.

Australian touring car legend Allan Moffat, with the assistance of Phil Grant, is expected to join the Australian contingent later to be reunited with the original 1968 Shelby prepared Trans Am that he raced at Daytona.

A 935 Porsche which Moffat shared with Bobby Rahal and Bob Garretson at Le Mans in 1980 will be at the Reunion before going under the hammer at Monterey car week.