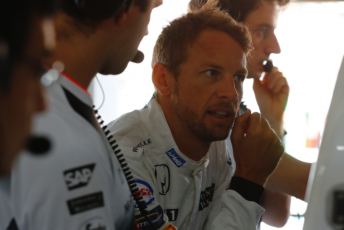 The prospect of Jenson Button returning to Williams next year is gathering momentum but the squad says it won’t ‘be waiting around’ for a decision from the British driver.

Button has emerged as a key contender for the seat at the Grove squad with the 2009 World Champion’s McLaren deal set to expire at the end of the season.

The 36-year-old signed a one-year extension with the Woking team last year with reserve driver Stoffel Vandoorne strongly linked to receive a call-up next season alongside Fernando Alonso, who is contracted with McLaren until the end of 2017.

Williams continues to evaluate its own 2017 driver options with Felipe Massa’s deal up at the end of the year.

The team is understood to have an option on Massa’s current team-mate Valtteri Bottas.

Deputy team principal Claire Williams admits Button would be a good signing, but insists the team will not delay in making a call on its 2017 driver line-up.

Button started his career at Williams in 2000 before being replaced by Juan Pablo Montoya in 2001.

“It is not about what other people are doing. I am not going to be waiting around because that is just not the right mentality for a team like ours to have.

Williams sit fourth in this year’s constructors’ standings having scored just a solitary podium finish at the Canadian Grand Prix.