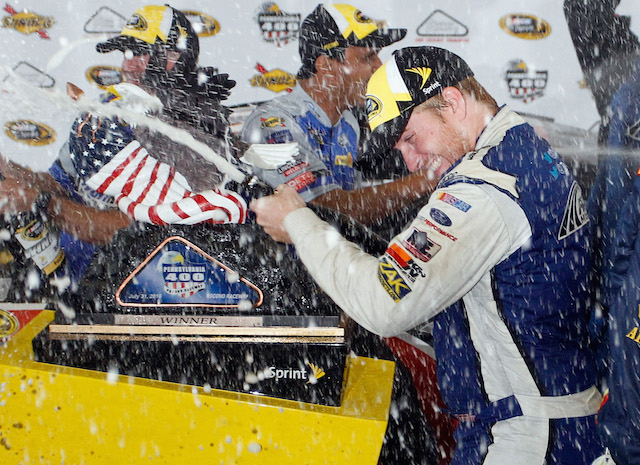 Buescher (Front Row Motorsports) found himself in the lead in the already postponed race when the yellow flag was waved 31 laps short of the 160 lap journey when fog descended on the track.

Eventually officials waved the red flag to call the race at 138 laps which provided the reigning Xfinity Series champion with victory.

Earlier Buescher lost the lead lap after 94 laps after a pit lane speeding violation before he regained it by lap 109.

“I tried not to get my hopes up because I know how these things can play out. Mother Nature can be really nice sometimes and really mean,” Buescher said.

Buescher stands to win a Chase berth by finishing the regular season in 30th or higher. He is currently 31st, six points behind David Ragan.