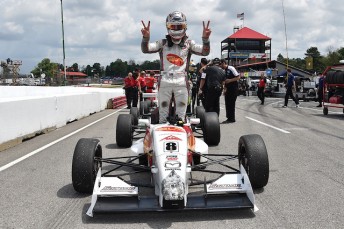 Australian Anthony Martin produced impeccable form to win all three of the races at the Mid-Ohio round.

Martin went into the weekend, 20 points astern of team-mate Parker Thompson but left with a 21-point advantage.

Canadian Thompson (Cape Motorsports with Wayne Taylor Racing) finished second for the second race in succession to complete the meeting.

The pair traded fastest laps through the 30-minute final heat with Martin eventually prevailing by .31s.

In the opening 19-lap race Martin beat Victor Franzoni by 1s while Luke Gabin was third.

The series moves to Laguna Seca from September 9-11 for the concluding two races. GP2 Series
Sergey Sirotkin had to stage a fightback after taking an extra pit stop to win the feature race at Hockenheim.

Sirotkin led from pole but then relinquished the lead on Lap 3 as it became apparent the softer tyres were a disadvantage.

The Russian went on to beat Trident driver Luca Ghiotto.

In a post-race sequel, Pierre Gasly was stripped from third position in the after his on-board fire extinguisher had leaked during the race. It was found to be empty on inspection following the race.

The efforts by Sirotkin has seen him draw level on 113 points with Gasly at the top of the table.

The series moves to Spa for the next round from August 26-28. The ART GP pair of Alexander Albon and Charles Leclerc were fourth and fifth respectively in the 23-lap affair.

Leclerc is on 126 points, leading the way by a slender three markers from Albon.

The series will resume at Spa-Francorchamps from August 26-28. 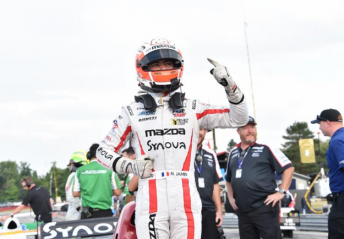 Nic Jamin has surged to sweep both heats at the Mid-Ohio course.

Jamin beat Aaron Telitz and Will Owen in the opening encounter before he led home Owen and Teliz in the second race.

The series moves to Laguna Seca for the final three races from September 9-11. 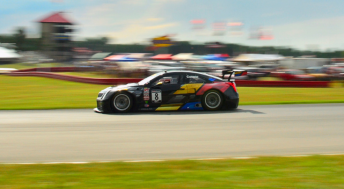 After qualifying second to team-mate Austin Cindric, Parente managed to turn the tables in the race by beating the 17-year-old in the 30-lap race by 1s.

Michael Cooper (Cadillac ATS-V.R. GT3) took victory in the second race while in GTA, Schein scored his second win with Udell also making it a double in the GT Cup.

After failing to finish in the opening race, Australian James Davison was fifth in the Nissan GTR GT3.

The next round is scheduled for the Utah Motorsports Campus from August 12-14. Lance Stroll maintained his healthy lead in the FIA European Formula 3 Championship after scoring an impressive victory in he wet at Spa-Francorchamps.

The Prema driver tamed treacherous wet conditions in the opening heat which began under the Safety Car.

Once racing resumed he quickly built a healthy lead before a crash involving Weiron Tan brought out the Safety Car one again.

In the end, Stroll took the victory under the Safety Car from Maximilian Gunther and Ben Barnicoat.

George Russell produced a faultless drive to take out the second heat held in dry conditions.

The Brit led home Joel Eriksson and Mikkel Jensen, while championship leader Stroll finished two laps down after picking up a puncture on the opening lap.

Eriksson came through to claim a maiden F3 win in the final encounter as he took the flag from Anthione Hubert, Russell and Stroll.

It proved to be a mixed weekend for Kiwi Nick Cassidy who finished fourth in the opener followed by 17th in Race 2. He ended the weekend on a positive by claiming fifth in Race 3.

Stroll leads the championship by 61 points from Gunther ahead of the next round at the Nurburgring from September 9-11. 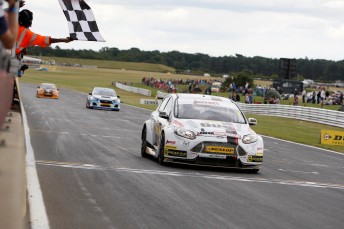 The Team Dynamics Honda driver managed to pass Rob Collard on the final lap to take the win, while Handy Motorsport’s Rob Austin benefitted from contact between Jason Plato and Mat Jackson to secure third.

The race was red flagged when Hunter Abbott was sent into series of violent rolls at the start which saw his car demolish a cameraman platform.

Motorbase Performance’s Mat Jackosn score his third win of the season in Race 2, which was shortened to 10 laps following a huge shunt among the backmarkers on the opening lap.

The Team BMR Subaru Levorg of Colin Turkington came through to finish second ahead of the Matt Neal Team Dynamics Honda Civic.

Turkington took the victory in the opener from Jackson and Shedden.

Collard has a three point lead in the championship ahead of the next round at Knockhill from August 13-14.

Australian Luis Leeds has dropped to sixth in the British Formula 4 Championship after a weekend of mixed results at Snetterton.

The Melbourne-born Red Bull junior driver finished fifth in the opening race before falling to 17th in Race 2.

The Australian F4 graduate bounced back in the final race to finish fourth, but lost crucial ground in the championship race.

Countryman Zane Goddard made rapid progress in Race 1 to finish fourth ahead of Leeds, having started from 10th on the grid.

Goddard could only managed 14th in race 2 before ending the weekend with a seventh in Race 3.

Petru Florescu bookended a pair of wins for Sennan Fielding.

Leeds is 31 points adrift of championship leader Florescu while Goddard is eighth in the standings.

The series moves to Knockhill on August 14-15.