Tony Longhurst enjoyed a triumphant return behind the wheel of the BMW 318i that guided him to the 1994 Australian Manufacturers’ Championship.

The two-time Bathurst 1000 winner was reunited with the car at the Silverstone Classic where he embarked on two special races for Super Touring machinery.

The celebration of the popular Super Touring era attracted a grid of more than 30 cars.

Longhurst wasted little time on debut at the Northamptonshire circuit by taking out the ST2 Class honours in both races.

Once part of the Australian factory BMW team, the car is now owned by Kiwi Lindsay O’Donnell, who has completed a full restoration to its 1994 Benson & Hedges paint scheme.

It does however feature the aero kit that BMW adopted for the 1995 season.

The 58-year-old only returned to competitive motorsport last month when he contested the Australian GT Trophy Series at Sydney Motorsport Park. 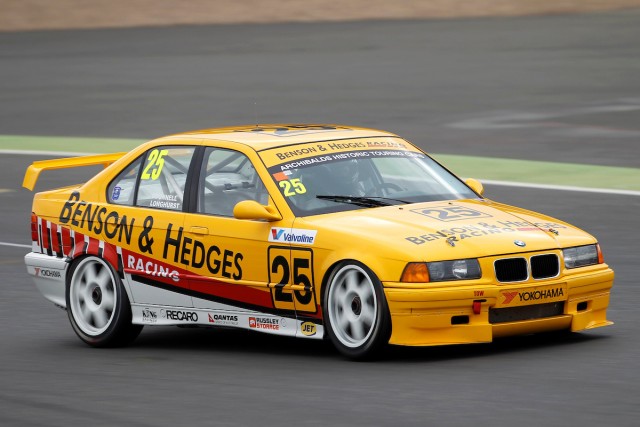 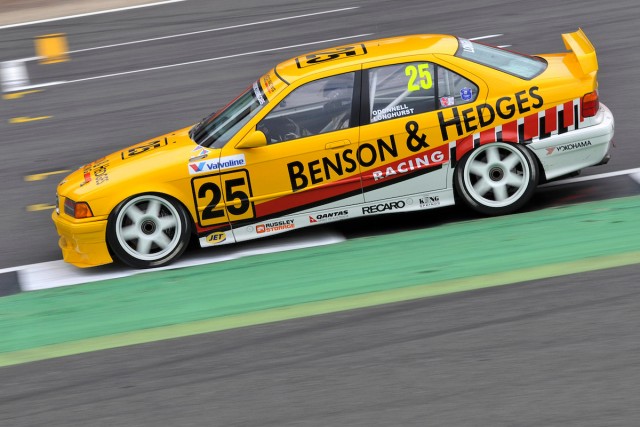