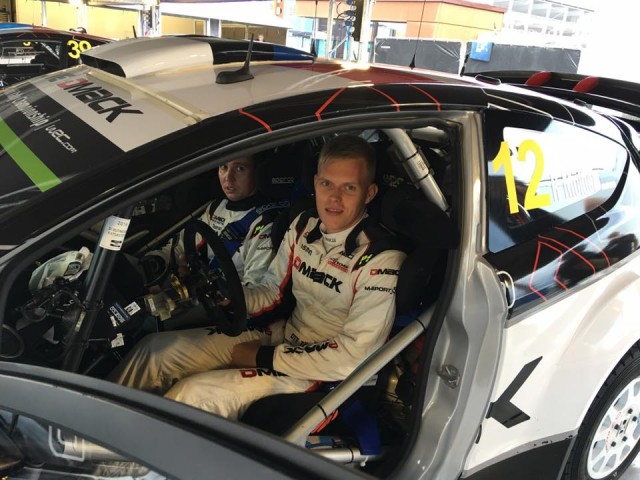 Ott Tanak was equal fastest on the opening stage in Finland

Ott Tanak and Andreas Mikkelsen have tied the opening super stage in Jyvaskyla at Rally Finland.

The 2.31km town stage was a mix of asphalt roads and gravel tracks, with a combination of high speed and tighter sections including a tricky downhill descent into a tight turn between trees.

After his heartbreaking second place in Poland, due to a puncture on the penultimate stage, Tanak (Ford Fiesta) was determined to get a fast start at Rally Finland.

“We were not working hard enough in Poland so we have to work harder here! I’ll try to make the perfect weekend,” joked the Estonian. 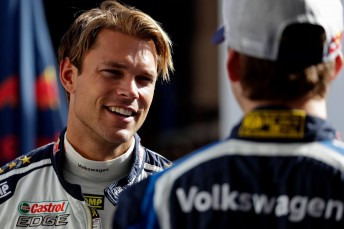 The man who won in Poland, Mikkelsen, was not resting on his laurels as he also attacked the stage in his Volkswagen Polo. Although he very nearly found the trees as he ran wide on a fast left hander.

“It was a bad start. I wasn’t happy with my driving, I struggled with the gears and was braking too early. I lost time,” said Mikkelsen.

They needed to be on the edge as world champion Sebastien Ogier was just a tenth of a second behind.

Thierry Neuville was 1.2sec off the lead in fourth in his Hyundai i20 with Kris Meeke next up in Citroën’s DS 3. Jari-Matti Latvala, aiming for his third consecutive Finland win, completed the top six in another Polo R but was far from happy at being 2.1sec behind the leading duo.

“The slowest stage we’re going to do this weekend I think,” said Paddon.

“I went wide on the first corner and sat out wide for a few moments.”

Australia’s Scott Pedder is 22nd overall and ninth in WRC2.

VIDEO: Mikkelsen’s on the limit driving on Stage 1