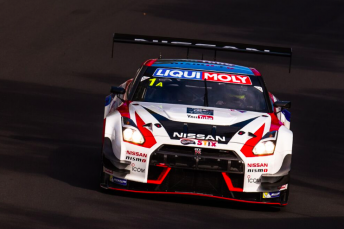 The Australian arm of the global car giant purchased its own GT-R from Nismo ahead of this year’s Bathurst 12 Hour, which has sat dormant since the February 6-8 event.

Emery has made clear that he’d like to see the car run again this year in preparation for its return to the Mount Panorama classic and is eager to see it do so in a racing capacity.

Although not yet locked in, pairing one of the company’s Supercars stars with its GT Academy winner Matt Simmons for the AGTC’s NZ events has been flagged as the “ideal” scenario.

The GT season concludes with rounds at Hampton Downs and Highlands Park either side of Supercars’ own November 4-6 NZ round at Pukekohe.

Michael Caruso is thought most likely to receive the call-up to lead the driving duties in the GT-R, having been cruelly denied a seat at Bathurst this year due to a last minute change to his FIA driver seeding.

Emery is also keen to see Simmons race in Australia following his debut season in Europe’s Blancpain Endurance Series, which this weekend hosts its flagship 24 Hours of Spa in Belgium.

“We would like to give the car a run before we get back to Bathurst,” Emery told Speedcafe.com of Nissan’s plans for the GT-R.

“It hasn’t turned a wheel since Bathurst and we’d like to expose a few of these (Kelly Racing) guys to how it runs and get our drivers back behind the wheel.

“I have a responsibility for New Zealand as well. They only get the Supercars once a year and extending our motorsport platform across New Zealand is important.

“At the moment it is not a definite, but if we can fit a competitive race in the GT championship that would be ideal.” 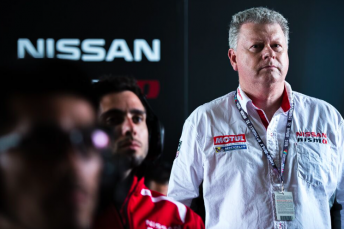 Coincidentally, this year marks 25 years since Nissan Australia dispatched one of its Group A GT-Rs for the two-race Nissan Mobil Series in New Zealand, winning the Pukekohe 500 with Mark Skaife and Jim Richards.

Emery meanwhile confirmed that he has had recent dialogue with category management over the level of involvement that the manufacturer can have in an AGTC entry.

Although running in factory colours and supported by BMW Australia, the M6 is owned by businessman Dean Grant and prepared by Steven Richards Motorsport.

Admitting to initially being confused by the presence of BMW, Emery says that Nissan “now understands where we sit” with AGTC.

He notes that Nismo’s current GT3 program is structured differently to those that have a strong customer focus, leaving privately run GT-R entries unlikely in the short-term.

“We have had plenty of enquiry from privateers who’d like to run GT3 GT-Rs here, but Nissan is not set up for that,” he said.

“We’ve built less than 20 cars, so the scale is completely different to an Audi (which recently celebrated the completion of its 200th R8) or Ferrari when it comes to customer support.”

AGTC category manager Ken Collier told Speedcafe.com that Nissan could field its own car as long as it is entered under a private banner.

“Manufacturers at this point in time cannot be the entrant, so the car would have to be entered under another entity like all of the other (factory supported) cars are,” Collier said.

“(In BMW’s case) the entrant is not BMW Australia it is Steven Richards Motorsport.

“Whatever commercial arrangements there are behind it, we are not privy to them.

“We certainly don’t wish to be involved in any of the teams’ commercial arrangements.” 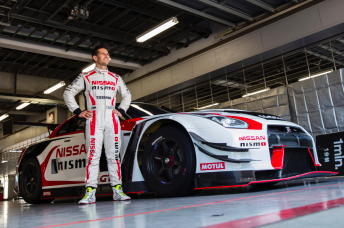 Caruso has tested the GT-R twice but not yet raced

Local plans for the GT-R next season will meanwhile be impacted by Nissan’s ongoing global review of its motorsport programs, which includes its Australian Supercars team.

Emery is again in Japan this week meeting with senior Nissan and Nismo management, where the company’s motorsport involvement for 2017 is being discussed.

As previously reported, Nissan Australia has already presented a proposal which is understood to detail a continuation of the current Supercars effort with Kellys, the Altima body and V8 engine.

Whether it is deemed to fit within Nissan’s yet-to-be-confirmed global motorsport platform beyond this year, however, will determine whether it gets the green light.

A firm decision was initially hoped to be made midway through last year, but continues to drag on following an off-season shake-up of senior management at Nismo and Nissan.

“We’re comfortable with the way the discussions are going, we’re just uncomfortable with how long it’s taking, but that’s just the way it is,” said Emery of the Supercars program.

Nissan Australia is already committed to racing its GT-R in next year’s 12 Hour, but whether it is joined by a second entry from Japan will also be determined by the bigger-picture 2017 talks.

The race will be open to all-Pro line-ups for the first time next year, making it difficult for Nissan to achieve its goals of an outright win and promoting its Academy driver program with a single entry.

“We’ve got a car and we’ve got guys that can run it so we can bolt that program together reasonably easily,” he said.

“Whether it’s part of the global GT3 program, which will then give us flexibility to run another car and have a bigger structure with Nismo guys coming out, is a discussion we are yet to have.”