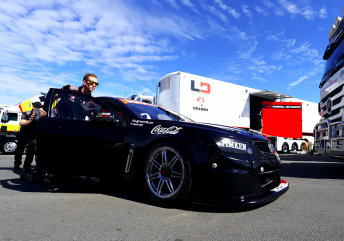 Nick Percat was disqualified from Race 16

Lucas Dumbrell Motorsport’s Nick Percat has been disqualified from the results of Saturday’s race at the Coates Hire Ipswich Super Sprint for a technical infringement.

The #222 Holden failed a check of its front bar weight following the race in which Percat finished 19th.

The minimum weight for the front bumper bar and headlight assembly was increased from 12.5kg to 13.5kg earlier this year.

Exclusion follows a pair of horror races in Townsville for Percat that saw the South Australian retire from both 200km contests with steering failure.