APC to finish season with AMRS on new calendar > View

Kiwi out of S5000 due to travel restrictions > View

Vettel had 'no discussions' before Ferrari dumping > View 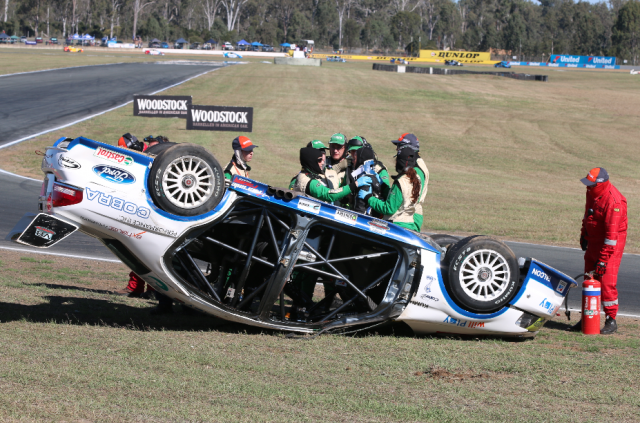 Medical crews attend to Jason Heck after his rollover

Drivers walked away from spectacular rollovers in the Kumho V8 Touring Car and Aussie Racing Car support races in a wild day of action at Queensland Raceway.

Jason Heck’s ex-Ford Performance Racing Falcon was launched into multiple rolls as a result of glancing blow from Michael Caine on the first lap of the opening Kumho race.

The crash was instigated when Steve Briffa attempted to out-brake Caine at the Turn 3 hairpin, hitting the ex-Tasman Motorsport Commodore in the door and turning it around.

Heck attempted to drive around the spinning Caine but instead clashed wheels and was flung into two full rollovers before coming to rest on his roof. 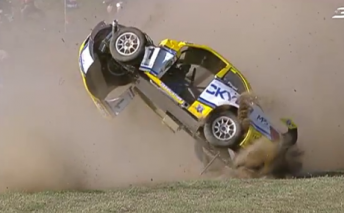 Dean Kovacevich then made minor head-on contact with Caine, unable to avoid a collision in the middle of the pack.

The race immediately came under the control of the Safety Car and remained that way until a time-certain finish, leaving Taz Douglas unbeaten in seven races in 2016.

Title contender Brendon Pingel was tipped into a series of rolls at the very first turn of the race after contact from David Sultana.

Speedcafe.com will have a full wrap of the day’s support action later this afternoon. 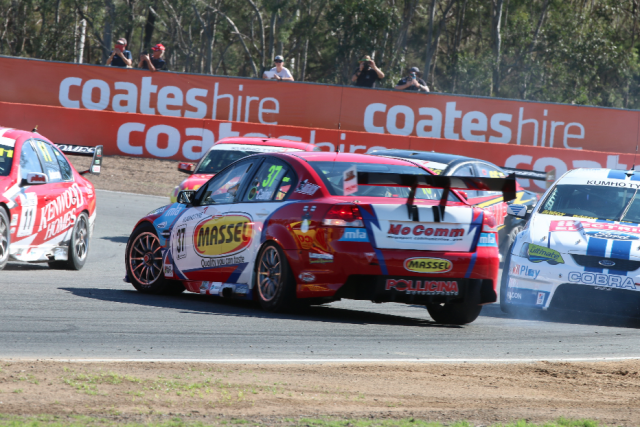 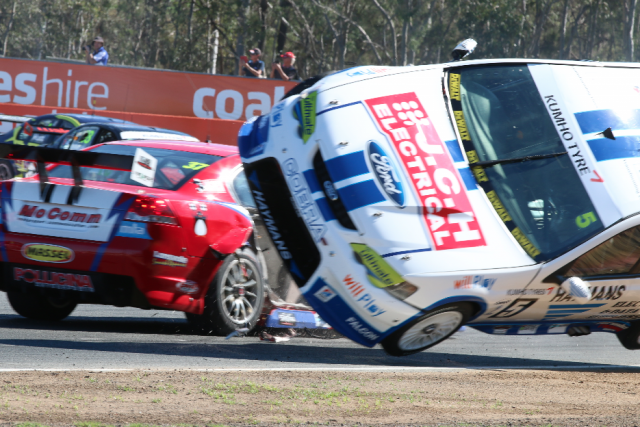 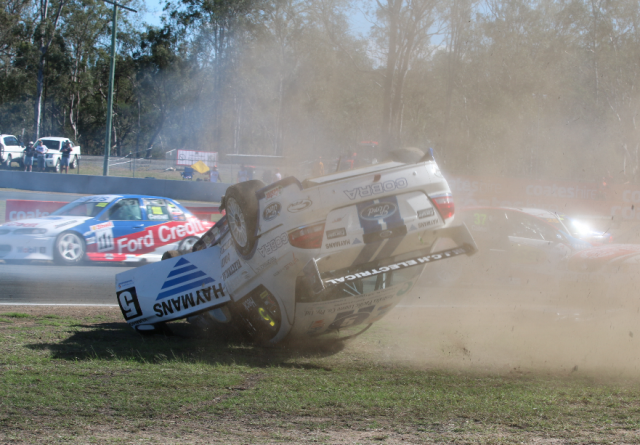 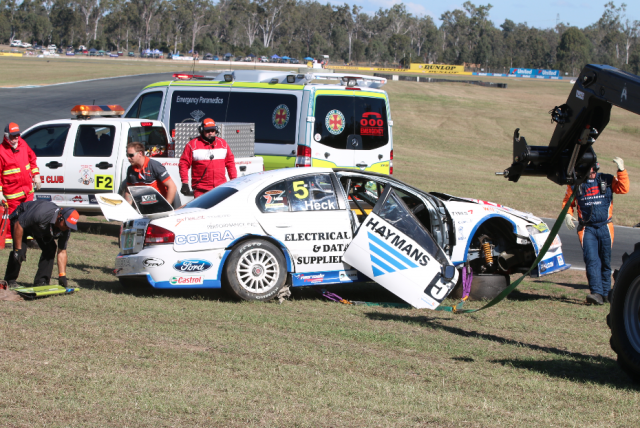