Veteran Baird to step in for Erebus at Ipswich

Veteran Baird to step in for Erebus at Ipswich 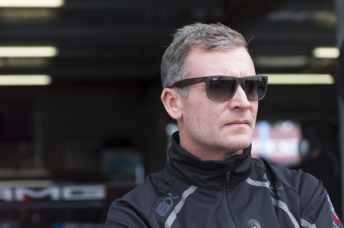 Speedcafe.com has learned that Baird, who will turn 46 on Friday, has received an 11th hour call-up after the split between the Russells and Erebus on Monday.

The Kiwi had already been scheduled to co-drive Erebus’ #9 Holden alongside David Reynolds in the Pirtek Enduro Cup.

While Russell’s co-driver Shae Davies had been tipped as the leading contender to takeover the #4 seat, the team has opted for the experience of Baird as it continues to develop its ex-Walkinshaw equipment.

Erebus will continue to field the Holden brought to the team by the Russells at the start of the season alongside its own.

Baird’s drive is however understood to be a one-off, with Erebus’ plans beyond Queensland Raceway currently unclear.

Baird has 164 Supercars Championship starts to his name, the most recent of which came with Erebus at the 2014 Gold Coast 600.

His Supercars debut came at Queensland Raceway back in 1999, where he drove the #4 entry then operated by Erebus’ predecessor Stone Brothers Racing.

Baird’s most recent single-driver Supercars event start came at Symmons Plains in 2006, where he drove for Craig Gore’s WPS Racing.

A five-time Porsche Carrera Cup Australia champion, Baird stepped back from driving in the one-make class this season.

He has instead focussed on his Australian GT duties, where he co-drives Scott Taylor’s Erebus-prepared Mercedes AMG.

Davies will be behind the wheel of the Erebus Holden for Friday’s co-driver session before Baird takes over for the remainder of the weekend.