The planned extension to the existing circuit

The Ipswich City Council has released the first official renderings of its planned $220 million upgrade to Queensland Raceway, which will include an extension of the current circuit.

A new loop will add a further seven corners to the long-criticised existing six-turn, 3.21km layout, which has remained unchanged since the venue opened in 1999.

The redesign ensures that the current layout remains untouched and can continue to be used independently of the new section.

Digital renderings of the circuit and other planned upgrades were released today as part of a formal announcement of Damien White’s role as general manager of the project.

Development of a speedway stadium, motocross circuit, three-star hotel and other motorsport related retail outlets have also been tabled.

ICC Mayor Paul Pisasale says that the circuit extension will be among the earliest priorities once funding is confirmed.

“The first part is the extension of the track, the $52 million to make sure that the track is what drivers and fans want,” he said.

“Then we’ll start working on the precinct and hotels and all the other things.

“The smartest thing the council did is that the area has a 5km buffer zone around it.

“By having that buffer zone you won’t see things like what happened at Lakeside where residential encroachment destroys an industry.”

The proposed speedway has been earmarked as a potential replacement for Archerfield, which is itself coming under increasing residential pressures.

A new, long-term Supercars deal for Queensland Raceway is meanwhile expected to be confirmed shortly.

‘As the championship is growing I think it’s fantastic that the facilities like Ipswich are planning to grow with us,” he said.

“With the changes they’re making here it’s going to put on a bigger event so we can perform better. It’s exciting.

“Everyone loves a new circuit or even when they extend circuits.”

Pisasale is meanwhile bullish on the subject of attracting the desired state government funding in order for the green light to be given.

“We’ve made sure we’ve got our business plan and ducks lined up and then we’ll go to the state government,” he said of progress.

“What they’re looking for is smart ways of creating jobs. This is about more than motorsport, it’s about creating jobs for Queensland.

“It’s about Queensland becoming the motorsport state of Australia.” 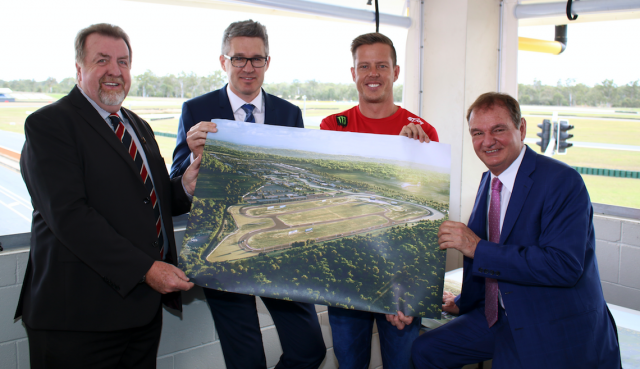 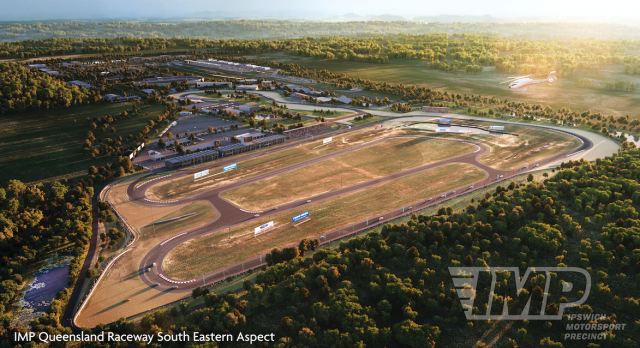 The existing layout will remain after the revamp

Upgrades are also planned for the drag and karting facilities 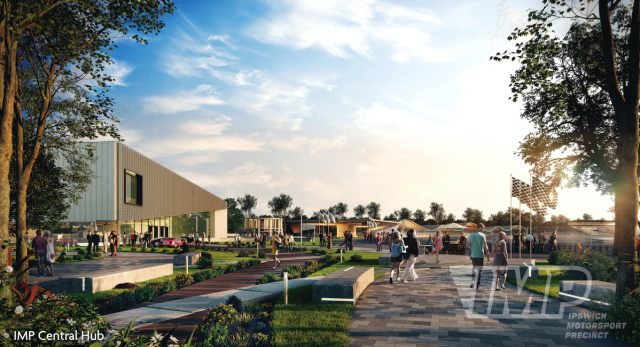 A rendering of the planned central hub for the venue