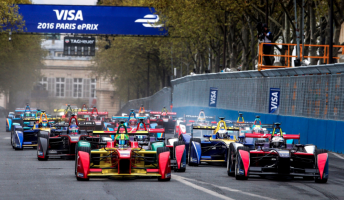 Formula E boss Alejandro Agag will head to Australia in October as plans to host a race in the country in 2017-18 intensify.

The FIA sanctioned all-electric single seater category has long earmarked an Australian event having previously held talks with both Adelaide and Sydney venues, which have so far failed to come to fruition.

A fresh push to secure a city street race for the Formula E’s fourth season is very much under way following finalisation of the upcoming season calendar.

Agag says breaking into Australia is a ‘big priority’ for the championship as he plans to conduct further investigations during a visit either side of the season three opener in Hong Kong on October 9.

Other Australian cities linked to Formula E include Perth and the Gold Coast along with ongoing efforts with Sydney and Adelaide.

Support for the championship to come to Adelaide continues after Lord Mayor Martin Haese backed a potential bid last month, claiming the category is a good fit for the city of churches.

Having come close to securing a race previously, Agag is confident Australia will join the Formula E calendar.

“When we realised Australia wasn’t going to happen for season three we have been working on other places,” Agag told Speedcafe.com.

“Now that the season three calendar has been secured, we are going to focus again on Australia to try and make the race happen for season four.

“I think we got reasonably close to securing a race but it was a question of timing. I think we will get there now.

“Having a race in Australia for season four is a big priority for us.

“We have had some really good meetings with potential sponsors and Australia is moving in the right direction in terms of sustainability and electric cars.

“After or before the Hong Kong race I will be heading to Australia to see what the chances are of getting the race to happen.

“(Adelaide and Sydney) are two of the locations we have been talking to, but there are other places in Australia like the Gold Coast, Perth and other cities that could be interesting.

“There is a lot of work to be done but we have raced all over the world.

“We need to reach an agreement with a promoter and local government and then that’s it.”

However, it is highly unlikely Formula E would share a bill with Supercars if an agreement to race in Australia is reached.

“We did have a good meeting with Supercars in Sydney a few months ago,” Agag added.

“It will be difficult to be on the same weekend as the FIA wishes to keep Formula E away from any combustion engine races.”