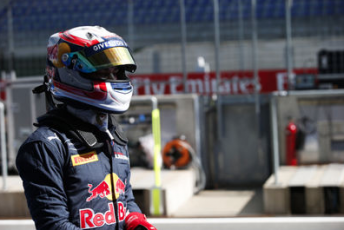 Aspiring single seater racers Pierre Gasly and Santino Ferrucci will team up with Red Bull and Haas F1 for the second Formula 1 in-season test at Silverstone.

GP2 ace Gasly has been confirmed to pilot the Red Bull RB12 for both days of the test held after this weekend’s British Grand Prix.

The Milton Keynes squad has been forced to select the Red Bull junior after it used both of its race drivers Daniel Ricciardo and Max Verstappen at the previous test in Barcelona.

F1 rules state that two days of each in-season test must be allocated to young-driver training, which is classified as someone who has competed in two or fewer grands prix.

Gasly, who is lying eighth in the GP2 standings, steps up to drive the RB12 having enjoyed a run with Toro Rosso at the first in-season test in May.

“Any time you get an opportunity to drive an F1 car, you have to grab it with both hands,” Red Bull team principal,” said Red Bull boss Christian Horner of Gasly’s selection.

Meanwhile, GP3 driver Ferrucci will experience his first taste of F1 machinery at the test with the American Haas F1 squad.

The 18-year-old American joined the outfit as a development driver prior to the start of the season.

Haas F1 also deployed both of its race drivers Romain Grosjean and Esteban Gutierrez at Barcelona in May which has prompted the opportunity for Ferrucci.

“Becoming a Formula One driver is my ultimate goal and I can’t thank Haas F1 Team enough for this opportunity,” said Ferrucci.

“Nothing beats seat time, and the experience of driving a Formula One car and working with Haas F1 Team will be invaluable.”

The Silverstone in-season test will take place from July 12-13.